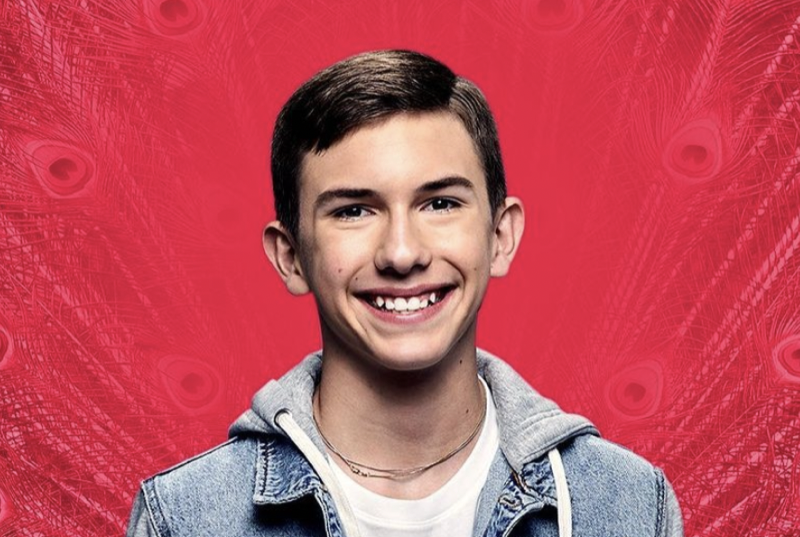 Chrisley Knows Best star, Grayson Chrisley rapidly becomes just as popular with USA Network fans as his older brother Chase, and his sister Savannah. The three children of Todd and Julie pretty much grew up into well-adjusted young adults before the eyes of fans. Especially Grayson, who first appeared in the show as a small boy. Well, he’s a teenager now, and he just hit an important milestone this weekend.

USA Network fans sometimes find it a bit difficult to get their heads around Grayson. Before Chloe, his niece arrived, he was the baby if the family. From a skinny young kid with braces, fans saw him grow into a gangly teen who wore braces. Well, the braces were finally removed, and he made up for it by eating all sorts of things he had to avoid in the past. During the current season of the show, fans saw him driving a truck. Plus, they couldn’t get over how handsome and amusing he is nowadays.

Chrisley Knows Best fans adore Nanny Faye, but these days, Grayson Chrisley fast narrows the popularity stakes. Possibly, because so many people watched him grow up, they almost feel like he’s an extension of their own families. Very often, USA Network fans congratulate Todd and Julie on how they raised their youngest son. Now he hit a big milestone, plenty more if those comments arrived on Instagram.

Grayson Chrisley grows handsome and tall these days. Todd shared a photo of his son on Saturday, September 25. In it, he stood beside his son who dressed up for the occasion. Grayson wore a white collared shirt with blue buttons. Over the top, he wore a very pale pastel pink jacket. In his caption, Todd wrote, “I couldn’t be more proud of our baby @graysonchrisley. his first homecoming and we are so blessed and grateful that God chose us to parent this wonderful young man, Go with God always son.” 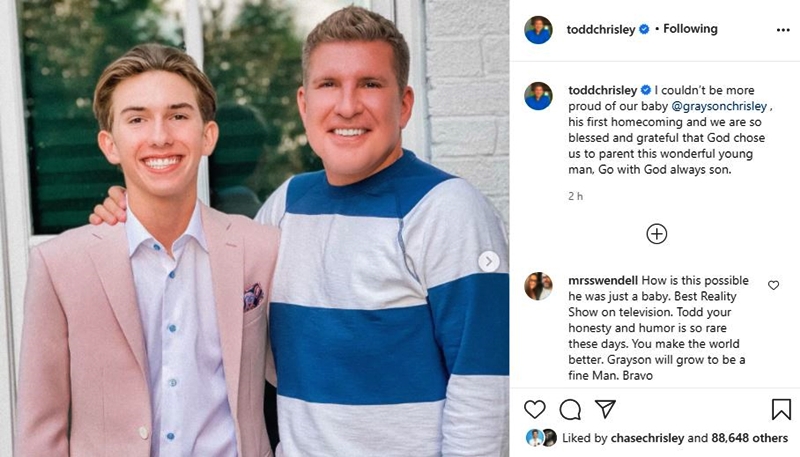 Chrisley Knows Best fans took to the comments very quickly, In fact, within two hours, over 1,000 comments arrived. One fan wrote, “He could be the most handsome Chrisley boy yet.” Then another fan noted, “Look at him, he is a handsome guy❤️❤️❤️.” Similarly, this comment read: “Grayson is the better looking son out of the rest of the family.” Well apart from comments about how handsome he looks, others complimented Todd and Julie.

Praise For Todd And His Wife

Many fans think that Grayson Chrisley grew into a fine young man. One fan commented, “How is this possible he was just a baby. Best Reality Show on television. Todd your honesty and humor is so rare these days. You make the world better. Grayson will grow to be a fine Man. Bravo!“

Be sure to catch up on everything happening with Todd’s family right now. Come back here often for more Chrisley Knows Best spoilers, news, and updates.