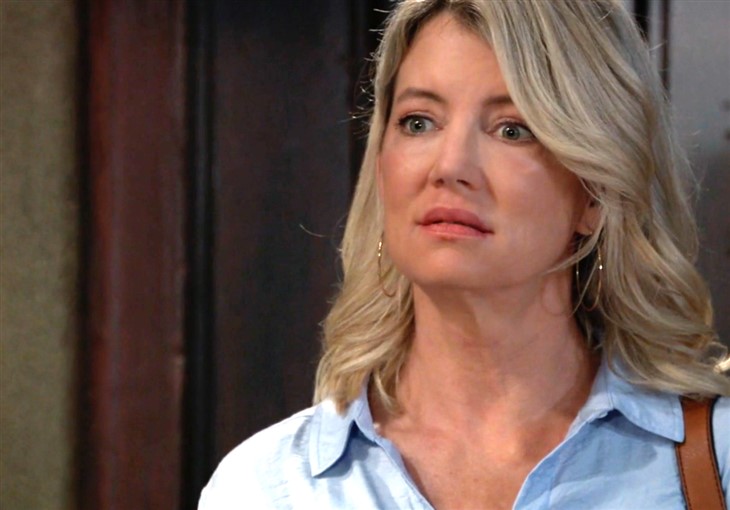 General Hospital Spoilers – What Will Nina Reeves Do Now?

Nina’s (Cynthia Watros) little fantasy world is about to come crashing down around her now that Jax (Ingo Rademacher) is there. She had just told Smike she loves him, telling herself that somehow this romance won’t come back to bite her in the behind. Who would ever figure out she’s been hiding the big, bad mobster — we mean coffee entrepreneur — Sonny Corinthos (Maurice Benard) on the Pennsylvania side of the river? Why would she even imagine that Sonny would never get his memory back?

And why would she think that Jax would always believe he was hallucinating when he saw Sonny months ago after being shot? He had to figure it out at some point and thanks to that extra special spaghetti sauce, he has. He asks Nina what she’s been up to and she really doesn’t have a good answer.

We also know that any angry Smike is acting very much like Sonny when he asks someone why he has a problem with his name? Does Jax actually discover Sonny standing there calling himself Mike? What will he even say?

Later, Portia finds something shocking. Is it yet another dead body? Is the person who killed Naomi no longer with us?

Esme (Avery Kristen Pohl) is not exactly subtle when she tells Trina (Sydney Mikayla) they need to address the elephant in the room. Might that be the moment she made her presence known with Spencer (Nicholas Chavez) — when he and Trina were enjoying a close moment. Spoilers say that Trina and Esme clash and it looks like Trina has a few words for this new teen in town. Stay tuned to General Hospital weekdays to see how these stories play out.