General Hospital: Will Portia Try To Keep Trina Away From Ava? 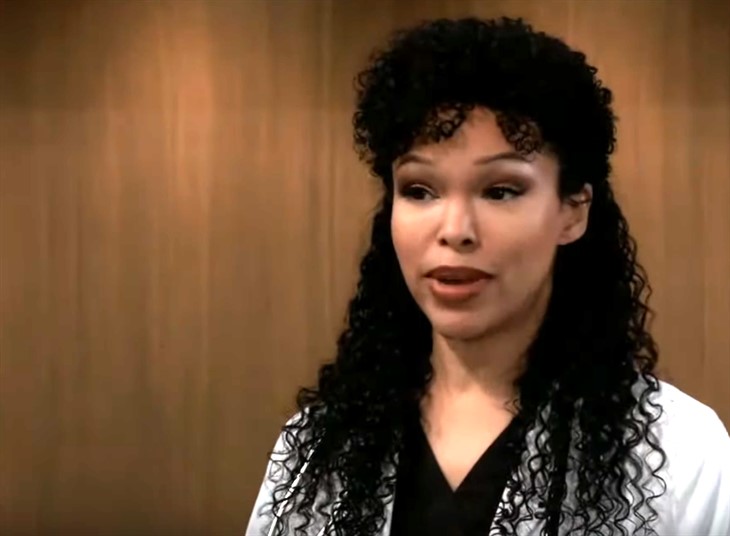 Portia wants to make sure that Trina is around people who will keep her safe. Portia believed that Ava Jerome-Cassadine (Maura West) was someone that would not bring danger to Trina. At first Portia was concerned about Ava because of her past ties with organized crime. Ava was able to convince Portia that she was living a legitimate lifestyle as an owner of an art gallery. Portia let Trina work for Ava. However Trina has been put into danger because she has been around Ava.

Portia has been trying to get past current events that put her and Trina in danger. Portia and Trina were taken hostage by Cyrus Renault (Jeff Kober) after he had been hurt. Cyrus wanted Portia to give him medical attention because he was on the run from the law. Portia helped Cyrus but he wanted to get away from Port Charles. Portia and Trine were saved from Cyrus by Mayor Laura Collins (Genie Francis), Curtis Ashford (Donnell Turner), and Commissioner Jordan Ashford (Briana Nicole Henry). Portia thought that Trina would be safe because Cyrus had been sent to jail. Trina had been able to go back to work for Ava.

Trina went to Ava’s art gallery to talk to her. When she was at the gallery she encountered Nikolas Cassadine (Marcus Coloma) who she thought was an intruder. Trina ended up spraying his face with pepper spray. Nikolas was not upset with Trina because he was worried about Ava. Nikolas and Ava have been the targeted by a stalker. Nikolas hoped to catch the stalker by installing more security at the art gallery. Trina helped Nikolas.

Then Trina got Laura and her husband Dr. Kevin Collins (Jon Lindstrom) to come to take care of Nikolas on General Hospital. Trina left the art gallery and returned to find that she was facing the stalker. She does not know that the stalker is Spencer Cassadine (Nicholas Chaves). Trina has ended up the victim of one of Spencer’s attempts to scare Ava and Nikolas. Trina left the art gallery and went to her graduation party. Curtis was hosting a graduation party for Trina at his nightclub The Savoy. Portia was horrified to see that Trina was covered in a red liquid.

General Hospital spoilers show Portia will be worried about Trina being around Ava when she finds out that Ava has been the target of a stalker. She will be upset that Ava did not let her know that she has been in danger. Portia may want Trina to stay away from Ava until the stalker has been caught. Will Portia try to keep Trina from being around Ava? Ava and Nikolas want to find the stalker.

However Ava may be able to convince Portia that Trina can still be around her when the truth about Spencer comes out. Ava has come to care about Trina like a daughter. Can Ava convince Portia to let Trina stay in her life?