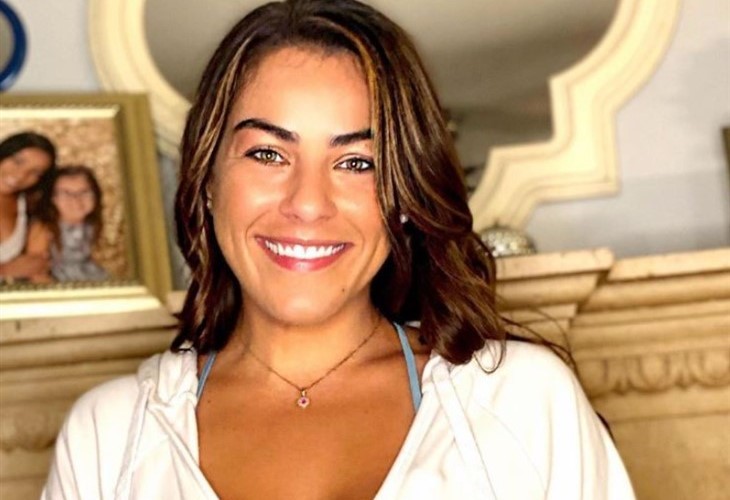 90 Day Fiance spoilers indicate that Veronica Rodriquez, the ex-girlfriend of Tim Malcolm, had the scare of her life last week. Veronica found herself in a terrifying car accident but she came away with minor injuries.

90 Day Fiance’s Veronica was in Charlotte, North Carolina Sunday when she got into an accident. Although the 90 Day star was rushed to the hospital, she suffered minor injuries. Minor injuries do not mean painless or simple. Veronica broke her foot in three places and had to have surgery. Veronica was also accompanied by her teenage daughter, Chloe when the accident took place. Thankfully, Chloe was not injured. Although Veronica’s BMW suffered front-end damages, pictures that surfaced on the internet showed that the other vehicle was in much worse shape. The second vehicle had airbags deployed from the force of the crash.

90 Day Fiance’s Veronica reportedly spent Labor Day at her parents’ home recovering from her accident and surgery. Veronica also shared photos and videos to keep fans updated on her progress throughout the weekend. Veronica made sure to post videos of ice on her injuries as well, something fans would have probably advised. Veronica also borrowed an inflatable wheelchair from the police department in order to spend time at the beach. Thanks to the borrowed chair, the 90 Day star was able to enjoy some time outdoors. Veronica posted a photo of herself on the beach in the inflatable chair thanking the police department for helping her enjoy the holiday.

When 90 Day Fiance’ fans saw Veronica’s post, they of course began to wish her well after the accident. However, Tim Malcolm has not commented publically so far on Veronica’s post. Fans assume that he has probably contacted her privately to check on her. Veronica and Chloe are back home where she is recovering from her accident. Fans enjoyed Veronica on the show as well as from Pillow Talk.

Of course, 90 Day fans know that Pillow Talk is an after-show commentary of sorts that also airs on TLC. The former stars watch scenes from the night’s airing of 90 Day Fiance’ and then comment on the events of the night. Fans are very fond of the Pillow Talk episodes and sometimes find them more entertaining than the 90 Day episode itself. Fans also enjoy that the commentators change between shows so they aren’t always getting the same opinion on all shows. 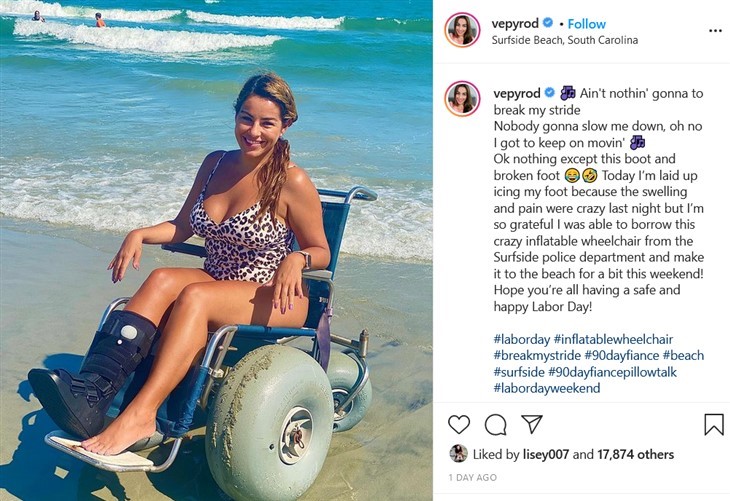 TLC 90 Day Fiance’ Spoilers – We Certainly Wish Veronica Our Best And Hope For A Speedy Recovery.