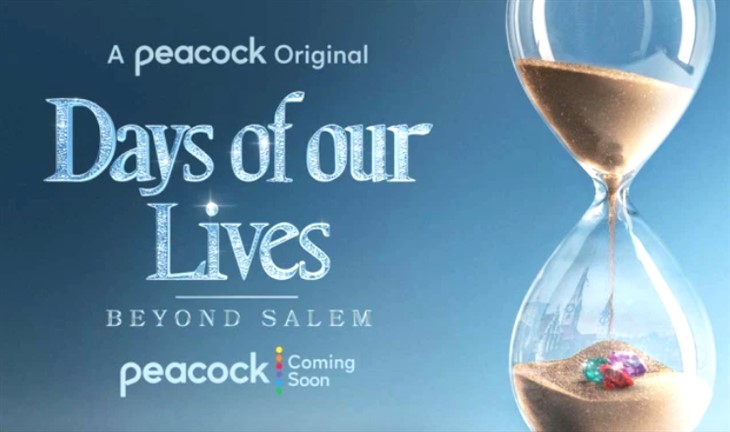 Days of Our Lives: Beyond Salem spoilers for Wednesday, September 8, 2021, promise more drama and intrigue in locales anywhere but Salem for your old faves and new. Will Sonny and Will tolerate Leo? Will John and Marlena get the jewel? Will Paulina get herself out of a jam? And will Ben and Ciara be able to help Billie Reed?

She may have just had amnesia and didn’t seem like herself at all, but now Ciara (Victoria Konefal) is ready to not be herself again. Instead, she is ready to be Greta Von Amberg, daughter of the infamous Princess Gina — the same woman Hope thought she was for over a year thanks to a Dr. Rolf (Will Utay) chip in her brain.

This is all in an effort to find one of the Alamain Peacock jewels that the ISA is searching for. What will Ben (Robert Scott Wilson) be doing during all of this? Does anyone want him to help or does Billie (Lisa Rinna) not need a serial killer for this job?

Over in Miami, Paulina (Jackee Harry) gets a visit from Shane Donovan (Charles Shaughnessy) and doesn’t like what he has to tell her about the orange diamond she likes to say she got from Michelle Obama. Eli (Lamon Archey) and Lani (Sal Stowers) learn all about the ISA search and team up with Shane to help with this international mystery. Will it take them out of Miami and perhaps lead them to Zurich or Arizona?

It was shocking enough when Chad (Billy Flynn) dropped by unannounced, flying all the way to Phoenix from Salem. Now they have to put up with Leo Stark (Greg Rikaart) as a houseguest because Will (Chandler Massey) is sure Leo will lead them to a jewel — which will in turn lead him to the story of a lifetime. But will he and Sonny (Zach Tinker) be able to put up with Leo for even one night to further Will’s career and solve a mystery?

John Black (Drake Hogestyn) does his best to get that jewel from Tony (Thaao Penghlis) and Tony doesn’t even want it, but Anna (Leann Hunley) does — for Carrie’s (Christie Clark) sake of course. Will John be able to convince them that handing over the jewel is the best thing they can do for their own safety? Don’t forget to catch Days of Our Lives: Beyond Salem streaming all this week on Peacock to see how these stories play out.