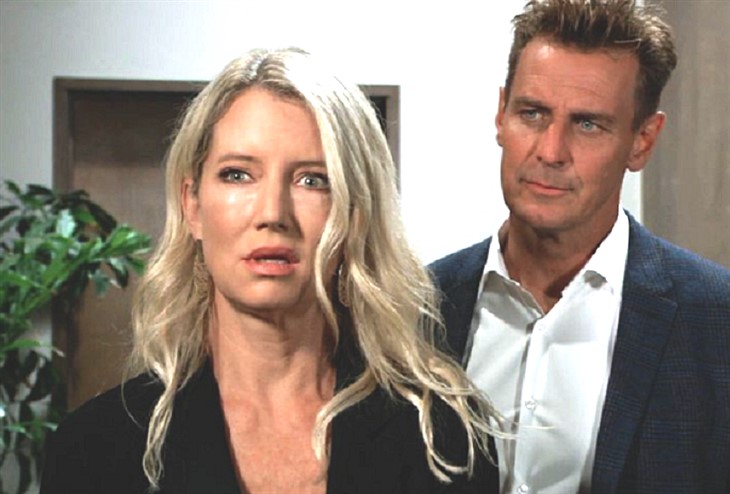 General Hospital Spoilers – Jasper Jacks And Josslyn Jacks Have A Special Dinner Together – With Special Marinara!

General Hospital viewers will recall that Jax and his daughter Josslyn Jacks (Eden McCoy) enjoyed a special dinner that Trina Robinson (Sydney Mikayla) helped her cook. Joss was preparing her late grandmother Jane Jacks’ (Barbara Tarbuck) stew, her father’s favorite. However, as it takes three hours to cook in the oven, they definitely needed an appetizer!

Trina suggested some marinara and baked mozzarella, and told Joss that she had some killer marinara left from when she’d stopped in Nixon Falls and was given a jar to take home. General Hospital viewers know that this, of course, was some of Sonny’s special sauce! Not only Joss, but likely Jax as well would know Sonny’s sauce anywhere! Even if Jax didn’t ask about it specifically being Sonny’s sauce, if the fact that Trina got it in Nixon Falls came up, he would be suspicious that Nina’s boyfriend might be Sonny!

General Hospital viewers will see that first, Jax will head over to Spring Ridge to ask Alexis Davis (Nancy Lee Grahn) some advice. Jax may have some questions about what happens if someone is declared dead and then turns up alive. This way he may have some leverage in another situation he doesn’t like, namely Carly Corinthos’ (Laura Wright) impending marriage to Jason Morgan (Steve Burton)!

After all, if Jax knows Sonny’s alive, even if he doesn’t know who he is. Joss is too old to have a custody battle over but she has definitely been endangered by Carly’s mobbed up lifestyle, and Jax has realized Jason is even more dangerous than Sonny! At least in Jax’s own opinion, as General Hospital viewers have observed! Then Jax heads over to ask Ava Cassadine (Maura West) what she knows about Nina’s love life! Ava, knowing that Nina left to get away from him probably will tell him that Nina is involved with someone just to keep him away!

General Hospital viewers will recall all of Jax’s suspicions about Sonny’s survival started with a serving of that special sauce! Jax goes to Nixon Falls and very likely lurks in a similar manner to what Peter August (Wes Ramsey) did, and likely will spot Sonny before he goes to confront Nina. After all, to confront someone with suspicions is an entirely different thing than to confront someone with the truth! Jax will confront Nina with his knowledge that the amnesiac “Mike” is really Sonny, and that Nina has been keeping his survival a secret for many months now!

To Jax, Sonny is the lesser of two evils compared to Jason, and Jax makes no bones about telling Carly where Sonny is even at the risk of exposing Nina’s deception! Nina at first will try to reason with Jax, but when it comes down to it, Jax sided with Carly when it came to withholding the truth about her daughter Nelle Benson (Chloe Lanier) for months. General Hospital viewers know that as far as Nina is concerned, withholding the truth about Sonny from Carly is simply an eye for an eye and a tooth for a tooth!

Below Deck Mediterranean: The Eight Lexington Friends Who Boarded The Lady Michelle