GH Spoilers: Spencer Makes A New Decision – What Will It Be? 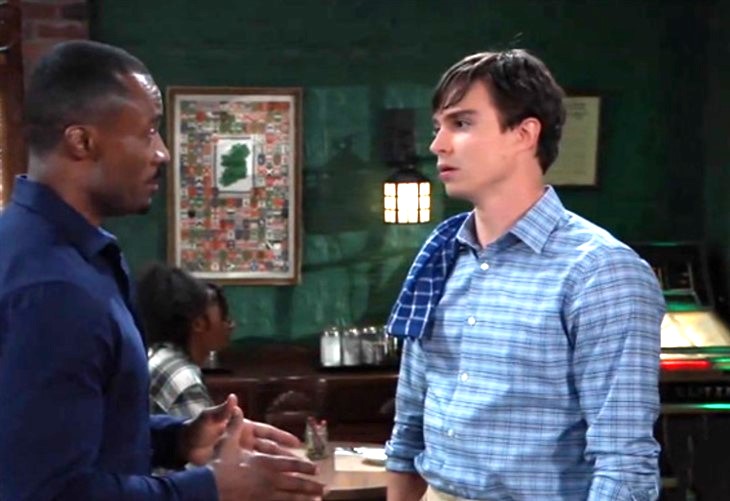 General Hospital (GH) spoilers hint that Spencer Cassadine (Nicholas Alexander Chavez) will soon be forced to make a decision but what will this decision be about? Spencer has been in a lot of trouble recently. He has been trying to come in between his father Nikolas Cassadine (Marcus Coloma) and his new stepmother, Ava Jerome.

Ava and Spencer have been at odds since Spencer feels that he can not forgive her for betraying him and his father. Since then Spencer has stalked Ava making her scared for her daughter’s life and deciding that she would leave Port Charles. However, after being caught, he showed that he was not sorry for what he had done as he still does not want Ava to be a part of his or his father’s life. However, could his decision change about Ava in the upcoming episodes? It is possible that he will at the very least decide to accept the deal that Ava put forward in order to stay out of prison.

Another thing is that Spencer may learn about what happened to his former stepmom, Hayden Barnes (Rebecca Budig). As viewers know, Spencer recently has learned that Nikolas may have been involved in her being shot and her most recent disappearance from Shawn Butler (Sean Blakemore). However, what will he do if he really is told the truth by Nikolas? Will he side with his father or against him and what will become of their relationship? It could be that this may be the decision that he is making this upcoming week. Regardless, Spencer will have a lot to think about in the week coming up. What do you think will be the decision that Spencer will make in the upcoming week?