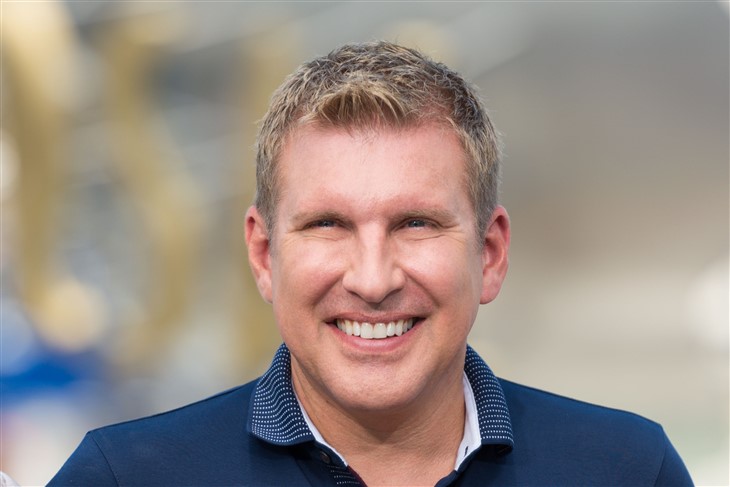 Chrisley Knows Best star Todd Chrisley believes that his knowledge includes how to provide the best possible parenting. And from the very first episode, Todd has shown viewers exactly what’s involved in raising his kids to live up to his expectations.

Curious to learn more about Chrisley and his five children? Get ready to meet this famous father and his offspring Lindsie, Kyle, Chase, Savannah, and Grayson below!

Who Are Todd Chrisley’s Kids With His Ex-Wife?

Although the USA network show Chrisley Knows Best has turned Todd into the lead star, his kids also have played key roles throughout the years. Now in its ninth season, Chrisley Knows Best has shown the spotlight on Todd’s wife current Julie as well as his children. However, Todd also has an ex-wife, Teresa Terry, according to Hollywood Life.

The Chrisley family patriarch, 52, has two adult children with Terry: Lindsie and Kyle. Born on September 17, 1989, Lindsie starred on Chrisley Knows Best when it premiered. However, since leaving the show in 2017, she has become estranged from Todd and the rest of the family.

That estrangement resulted from accusations that Lindsie allegedly turned in both Todd and Julie for alleged tax evasion. Her lawyers deny that she took any such actions. At this point, Lindsie maintains that a reconciliation will “never” occur. She and her husband Will Campbell share a son, 7-year-old Jackson; the couple split after a marriage of nine years.

Todd and Terry’s other offspring, Kyle, has come in for his own share of controversy. Born on August 29, 1991, Kyle struggled with his mental health and substance abuse. However, he turned his life around, restoring his relationship with his father and family. Kyle recently tied the knot with his partner, Ashleigh Nelson. He has a daughter Chloe, 8, with ex-girlfriend Angela Victoria Johnson.

Who Are Todd Chrisley’s Kids With His Current Wife?

Todd and Julie Chrisley co-parent three kids: Chase, 25, Savannah, 24, and Grayson, 15. One of the more humorous aspects of Chrisley Knows Best focuses on the relationship between Chase and Todd. Chase enjoys bickering with his dad, who in turns loves meddling in his son’s life.

In contrast, Savannah has earned herself a reputation as the “good” kid, from her grades in school to many of her life choices. But when she and Chase starred in the Chrisley Knows Best spin-off, “Growing Up Chrisley,” viewers discovered Savannah is just as capable as Chase when it comes to teasing her father!

Last but definitely not least, Grayson just might rank as the favorite child in many ways. He’s grown up on the show into an ambitious young man who enjoys baseball and spending time with his “best friend,” sister Savannah. And Grayson even might have his eyes on an acting career after starring recently in “Sharknado 4!”

Which of Todd Chrisley’s kids do you enjoy watching the most? Share your views with us. And then check back on our site for all the news about Chrisley Knows Best.

GH Spoilers: Spencer Makes A New Decision – What Will It Be?