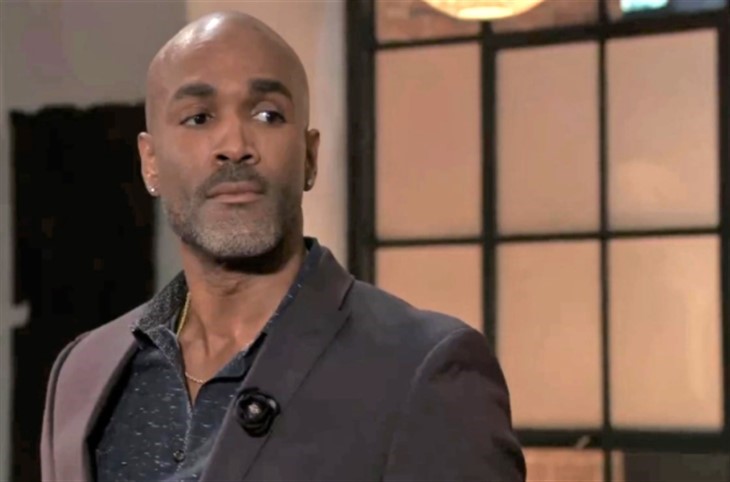 General Hospital Spoilers tease that Curtis Ashford (Donnell Turner) and Sonny Corinthos (Maurice Bernard) have always gotten along. But given current circumstances, that could change in the very near future. As viewers know, a mysterious man known as “Marshall” has been stalking Curtis and the people who he is closest to. And given his recent encounter with Joey Novak (Patrick Zeller), “Marshall” seems to be heavily connected to the mob, he might even be the next mob kingpin to challenge Sonny!

General Hospital Spoilers – The Savoy Is off limits!

While Curtis made it clear that Joey was not welcome in his club, it seems as if   may have driven the point home. Joey was severely beaten on the pier, and “Marshall” is seemingly responsible. For now, any connection between Curtis and “Marshall” is unclear, but all signs point to “Marshall” being related to Curtis, possible even his father. Curtis doesn’t want anything to do with the mob, but if he and “Marshall” are related, it could cause a lot of issues.

Once Laura Collins (Genie Francis) returns to town, she will be a terrific sounding board for Curtis. After all, her half-brother Cyrus Renault (Jeff Kober) put Laura in exactly the same position that Curtis may soon find himself in. Laura didn’t treat Cyrus differently than any other criminal in Port Charles, but there is no denying that he got under her skin. Things escalated to the point where an incarcerated Cyrus even put a hit out on Laura! Laura won’t want Curtis to go through what she has, so she will likely tell Curtis to shut “Marshall” out completely.

If “Marshall” is indeed Curtis’ long lost father, he may try to earn his son’s sympathy and protection. After all, Curtis is good friends with the Mayor, the Police Commissioner, and he and Sonny have always been on good terms. But if Sonny sees “Marshall” as a threat, he won’t show mercy. Sonny has a lot to prove now that he is back in charge. This could lead to some tense moments between Sonny and Curtis in the near future.

Is “Marshall” the newest mob boss to challenge Sonny? Is he related in some way to Curtis? Could “Marshall” be a source of contention between Sonny and Curtis? Anything can happen in Port Charles so stay tuned to General Hospital airing weekdays on ABC. And don’t forget to check back right here regularly for all your General Hospital news, information and spoilers!