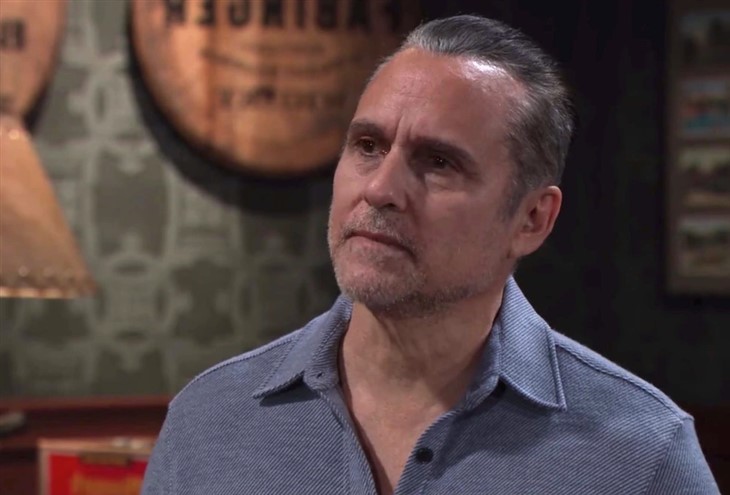 General Hospital spoilers indicate that Sonny Corinthos (Maurice Benard) will be looking for a new right-hand man very soon. Now that Jason Morgan (Steve Burton) is presumed dead again who will take over for him?

General Hospital’s Drew Cain (Cameron Mathison) has realized that he can still be controlled by people like Peter August (Wes Ramsey). Drew also knows that Peter is responsible for Jason’s death. Drew and Jason had a pact to help each other and Drew could feel that he needs to protect Sonny and his family because Jason was killing trying to save him. Drew would have never broken the conditioning if it wasn’t for Jason and Britt Westbourne. Will Drew take over and be Sonny’s right-hand man at least until he can make Peter pay? Drew knows that Carly and Jason were almost killed before Jason came to Cassadine Island. Could Drew possibly walk away from his friends since they have lost the man they trusted most?

General Hospital’s Brando Corbin (Johnny Wactor) has already proved himself worthy of protecting Sonny’s family. Brando saved Carly Corinthos (Laura Wright) his first day in town. If Brando’s baby doesn’t survive he is going to be angry and this could be a great way to work off some steam. Brando has helped Sonny and Jason before. Brando could feel like he owes Sonny to stand up and help him. After all, didn’t Glady’s Corbin’s (Bonnie Burroughs) date try to blow Carly and Jason up in a limo? Didn’t Cyrus Renault (Jeff Kober) almost kill Sasha Gilmore (Sofia Mattsson) as well? Brando may decide that the mob is the best place to be if things don’t work out with Sasha.

General Hospital’s Sonny has already offered Shawn Butler (Sean Blakemore) a job. However, Shawn has refused because he doesn’t want to get tangled up in mob business again. Sonny needs help and Shawn has held this job before. Since Shawn has turned Sonny down, Brando and Drew seem like the most likely choices. Who will set up as Sonny’s enforcer? Will Sonny have to take over the job himself until he finds someone to fill in for Jason? Can the Corinthos mob last with Jason gone again?

Steve only plans to return as Jason if the vaccine mandates are lifted. Will Steve be back eventually as Jason? Will the role of Jason simply be recast? Is Jason gone for good this time?