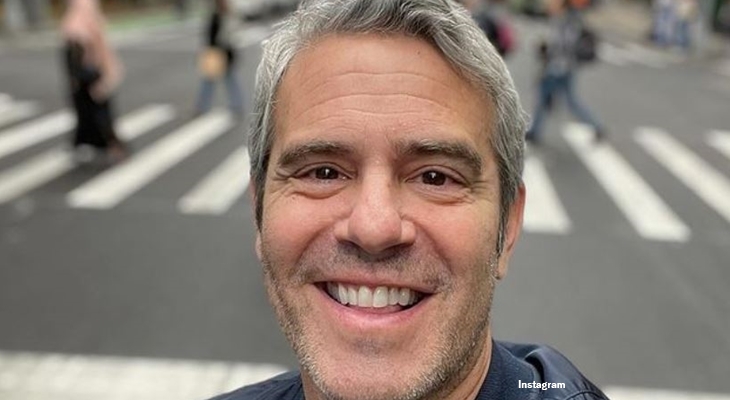 Andy Cohen welcomed his little boy, Ben about two years ago. These days, the little kid keeps some high company, and one of his favorite surrogate grandmas is Kelly Ripa. The cute little kid looks a lot like his dad, who is famous as the host of Bravo’s reality TV franchise, The Real Housewives. This week, Andy shared a throwback photo of himself and it revealed that as a teenager, he looked remarkably like his son.

This year, the Live With Kelly And Ryan star shared that she and her husband Mark Consuelos increased their family. In fact, it wasn’t another child, but it was a doggie. She told her fans they adopted a that a black Maltese/Shih Tzu mix named Lena, Well, she already owned a rescue dog named Chewie. Well, she already added to her family in a way, as Andy Cohen occasionally shares photos of her with his son Ben. Ben adores his dad’s friend, almost as much as if she were really his grandma.

Now that Andy Cohen shared a throwback photo of himself, it’s actually surprising that Kelly Ripa didn’t comment about it. After all, she often pops along and comments on his posts. Perhaps once she sees it, she will add her thoughts to the comments. Fans agreed that Ben is the spitting image of his younger dad. In the photo, the Real Housewives host looked about sixteen years old. Perhaps it came when he attended his prom.

This year, Andy and Ben went off to visit his mom on Thanksgiving. People Magazine reported that they discussed Andy as a little boy. Well his mom, Evelyn told Andy that sometimes, he wasn’t a very nice kid. In fact, she reminded him, “reading from the book, “He still has a terrible temper. When he’s mad, the closest thing to him is liable to come flying at you. When he’s reprimanded or does not get his way, he spits. he says dumb head and shut up.” Hopefully, cute little Ben is better behaved. Mind you, by the time he grew into a teen, it looks like  Evelyn’s son had plenty of charm.

Andy Cohen looked so much like his son, that a lot of people commented on the likeness. Nobody knows who carried Ben for Andy. But, whoever it was needn’t worry about him looking anything like her. He seems like the Bravo star’s mini-me. One fan wrote, “BEN COHEN seems to be copying Y♥️UR CUTENESS…🤔” Then  another fan wrote, “Ben is your mini me.”

Andy Cohen received plenty of compliments and comments about the throwback photo. One fan penned, “I totally would have gone to prom with you!!” Then another fan wrote, “Wins “nicest dressed boy” at the middle school dance every year.”

Be sure to catch up on everything happening with Reality TV right now. Come back here often for more spoilers, news, and updates about Bravo host, Andy Cohen