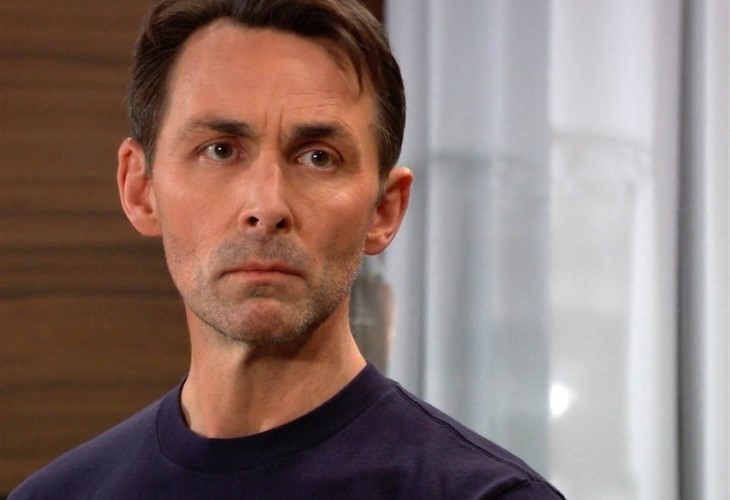 General Hospital (GH) spoilers for Wednesday, December 2, 2021, reveal that dark and angry Valentin is also hurt and vulnerable Valentin. Which one will win?

It’s time for Valentin (James Patrick Stuart) to get emotional and tell his beloved Anna Devane (Finola Hughes) all about how Brook Lynn Quartermaine (Amanda Setton) lied to him and Bailey Louise is not his daughter after all. Anna can’t believe her ears and that Brook and Chase (Josh Swickard) would pull such a trick. It’s too bad neither of them know what’s really going on because Valentin vows that if he has to hurt, then Brook Lynn will hurt too.

Meanwhile, Maxie Jones (Kirsten Storms) is freaking out knowing that their baby secret is becoming more complicated. Brook Lynn and Chase have to assure her things will work out in the end. However, with Peter August (Wes Ramsey) now in custody, why are they still perpetuating this baby ruse?

It’s time for the mothers to do their things and pry into their children’s lives. Olivia Quartermaine (Lisa LoCicero) wants to know all about what’s been going on with Dante Falconeri (Dominic Zamprogna)and Sam McCall (Kelly Monaco), but will Dante kiss and tell?

Elsewhere, as Alexis Davis (Nancy Lee Grahn) tells Sam McCall all about her fascinating Thanksgiving dinner with the Cassadines and all the secrets that were revealed, she asks Sam why she didn’t come. Well, Sam has a big story to tell that involves Jason Morgan (Steve Burton), Drew Cain (Cameron Mathison), and of course, Dante, who spent the night.

Sonny (Maurice Benard) and Carly Corinthos (Laura Wright) also can’t believe that Drew is back and Jason is gone. They spent a long night mourning on their own but finally talk about what happened on Thursday.

Nope, GH did not forget about poor Sasha Gilmore (Sofia Mattsson) in the hospital unable to hold her baby thanks to a placental abruption. She is finally well enough to get in a wheelchair to go see the little boy in the NICU. Brando Corbin (Johnny Wactor) and Nina Reeves (Cynthia Watros) are there to help her prepare for the moment because it’s going to be hard. Stay tuned to General Hospital weekdays to see how these stories play out.