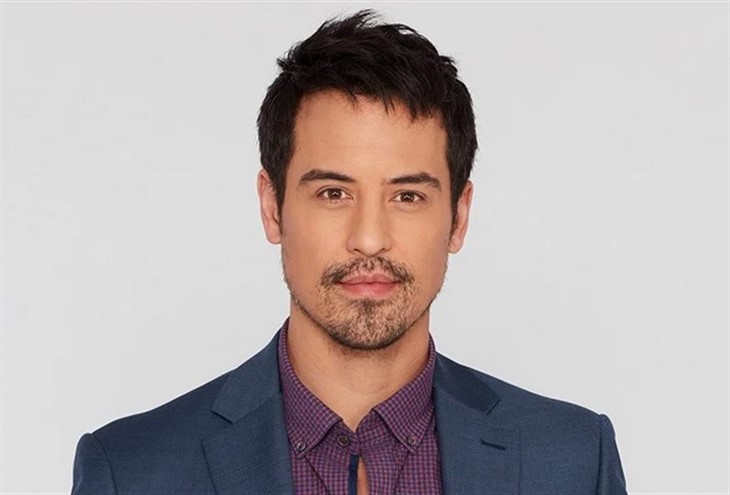 General Hospital’s Marcus Coloma recently sat down to catch fans up on the show. What’s new with Nikolas Cassadine?

General Hospital’s Marcus has had some pretty heavy scenes with Sean Blakemore (Shawn Butler) lately. How does Marcus feel about these scenes? Marcus says he loves Sean as a person. Marcus says their scenes are so intense but when the director yells “cut” they come out laughing.

Marcus says he won’t make eye contact with Sean and that makes it even funnier. Marcus says Shawn is a very intense character and he loves working with Sean doing these scenes.

General Hospital’s Nikolas thinks he has shut down any investigation into Hayden Barnes’s (ex-Rebecca Budig) secret. However, now Nikolas finds himself in bed with Shawn in a sense. Nikolas believes that he and Shawn will clash a lot over the finances of Shawn’s foundation. Sean is literally in Nikolas’s wallet and that is bound to cause problems. The real question is how long with Nikolas allow himself to be blackmailed.

General Hospital Spoilers – How Long Has Nik Cassadine Been Working With Victor Newman?

GH Spoilers – How Did Nikolas Cassadine Handle Spencer Cassadine Cutting Ties With Him?

General Hospital’s Spencer Cassadine (Nicholas Chavez) has recently cut ties with his father and denounced the Cassadine fortune. What was this like for Nikolas? Coloma says Nikolas’ feelings toward Spencer’s actions were two-fold. Nikolas was stunned by Spencer’s reaction at first but he was also proud of his son for standing up to him. Nikolas says he feels that every Cassadine probably feels like they should have walked away as well.

After all, the Cassadines have been trouble from day one and most of them live to regret being one. Nikolas feels that Spencer has way too much Cassadine in him after everything he has done to Ava Cassadine (Maura West). Spencer has turned into such a manipulative person that he needs the change. Nikolas is secretly happy that his son is free from the Cassadine curse.

Nikolas secretly hopes that Spencer will make up with him in the future. However, right now, Nikolas is just happy that his son may be turning over a new leaf.