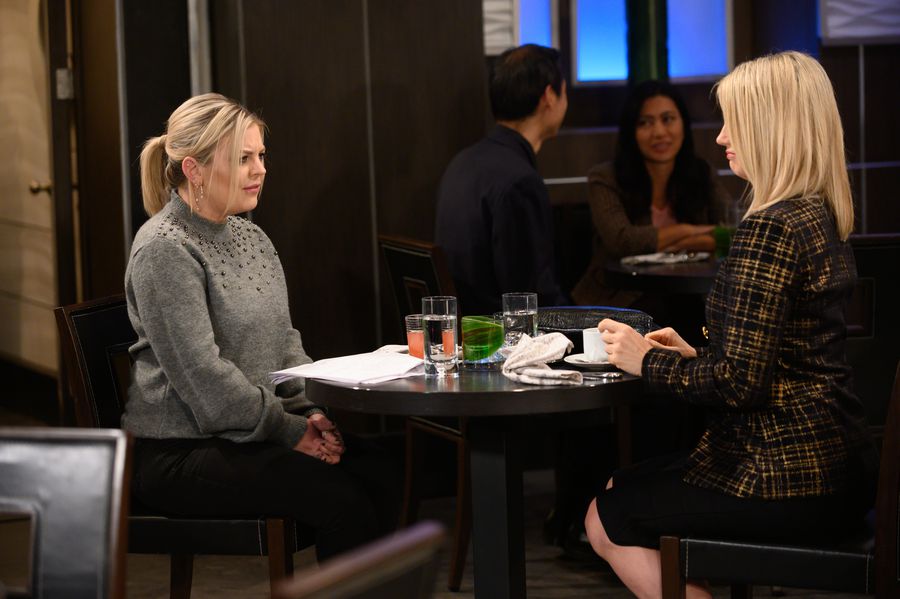 General Hospital spoilers for Monday, August 23, 2021, reveal Maxie making her return from Texas, but she clearly makes a pit stop before heading to Port Charles.

General Hospital Spoilers: Maxie Jones Is Back In Action

Nina (Cynthia Watros) had a sad night sharing brief memories of Lenny (Riff Hutton) with ‘Smike’ but also felt guilty about not telling him who he really is. But now someone else is around who can reveal Mike’s true identity. Maxie (Kirsten Storms) decided she’d surprise Nina in Port Charles and now Nina doesn’t know what to do. While she’s happy to see Maxie, she can’t let her see Sonny or the jig will be up and she’d lose both Sonny (Maurice Benard) and Phyllis (Joyce Guy).

As Maxie blathers on and on as Maxie is apt to do, Nina tells her she needs to leave Nixon Falls as soon as possible. Will Maxie want to know why this is so necessary?

Back In Port Charles…

Over at the Q mansion where Maxie’s baby is now residing, Brook Lynn (Amanda Setton) forgets about the fact that she faked a pregnancy and is allowing everyone to get attached to a baby who is not hers.

She decides she will become self-righteous instead and demands that Chase (Josh Swickard) tell her exactly what’s going on. He can clearly walk, but why is he hiding the truth from everyone? If Chase knew her secret, he could ask her the same thing.

Meanwhile, in the Corinthos Kitchen, Michael (Chad Duell) tells Willow (Katelyn MacMullen) he will wait for her as long as it takes. Isn’t that sweet as they trick Chase and Chase tricks them?

Summertime At The Metro Court Pool

The Metro Court pool is clearly the hottest spot in town as everyone who is anyone is there. Sam (Kelly Monaco) and Dante (Dominic Zamprogna) are back at the scene of their first date and Sam spots Anna there so she asks her for some help. Will Anna be shocked to learn Drew Cain (Cameron Mathison) is alive?

Elsewhere at this pool, Olivia (Lisa Lo Cicero) has a chat with her son and asks him what’s new in his life. Will Dante tell her about the new support group that he and Sam just formed?

Martin Has Some Bad, Bad News

Martin Grey (Michael E. Knight) comes barreling into Laura’s (Genie Francis) place and has some news she won’t like to hear. Something tells us this is about their brother, Cyrus Renault (Jeff Kober). When Jordan (Briana Nicole Henry) shows up, Laura asks if she has any control over this situation. Stay tuned to General Hospital weekdays to see how these stories play out.