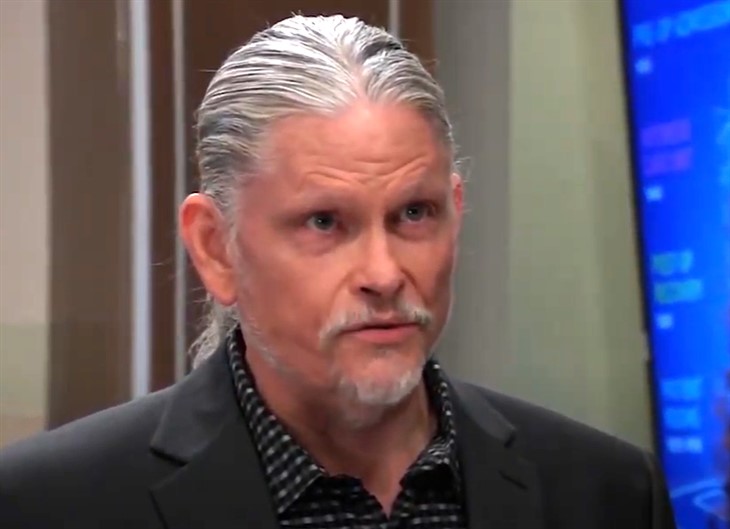 General Hospital (GH) spoilers for Thursday, June 10, 2021, reveal in Port Charles Chase taking a horrible turn for the worse because he was probably given the wrong DNA.

Finn (Michael Easton) was so sure that his hypothesis on the serum he made was correct that he enthusiastically gave it to Chase (Josh Swickard), expecting success. Instead, Chase’s nose started bleeding and he then began seizing.

Will Finn figure out the problem with his serum is because he needs his father’s DNA and not his? Or will he just think he made a mistake with his hypothesis? Whatever happens, Finn is clearly agitated at everything that’s gone on over the last week and is ready to turn himself in for killing Peter (Wes Ramsey).

Of course, that also leaves Elizabeth (Rebecca Herbst) as an accessory to a coverup, so something tells us she’s going to talk him out of it. Maybe he should be concentrating on Chase’s health instead.

Sonny (Maurice Benard) was so sad to see Nina (Cynthia Watros) leave and he wanted to go with her, but she managed to talk him out of it. He did send her with some spaghetti sauce so maybe she’ll cook some up for Michael (Chad Duell) and this storyline can end already. But not yet. First, let’s see if Sonny takes Lenny’s advice and hops on a plane to the New York side of the river. (Why would he need a plane when Nina and Jax just drive there?)

Back in Port Charles, Michael tells Willow (Katelyn MacMullen) all about agreeing to let Nina see Wiley and Willow says she would have done things differently. Would she not have allowed Nina to see her own grandchild?

Over at the GH chapel, Sonny is still on the mind as Laura (Genie Francis) and Martin (Michael E. Knight) discuss Cyrus’s (Jeff Kober) downfall. While he lays in a hospital bed with no ponytail holder, Laura says even in death, Sonny Corinthos wins again.

It also looks like Brando (Johnny Wactor) and Sasha (Sofia Mattsson) won because they’re now free to really get to know one another and bond out in the open now that Cyrus won’t be a threat. It’s a good thing too considering that they’re having a baby together. Stay tuned to General Hospital weekdays to see how these stories play out.