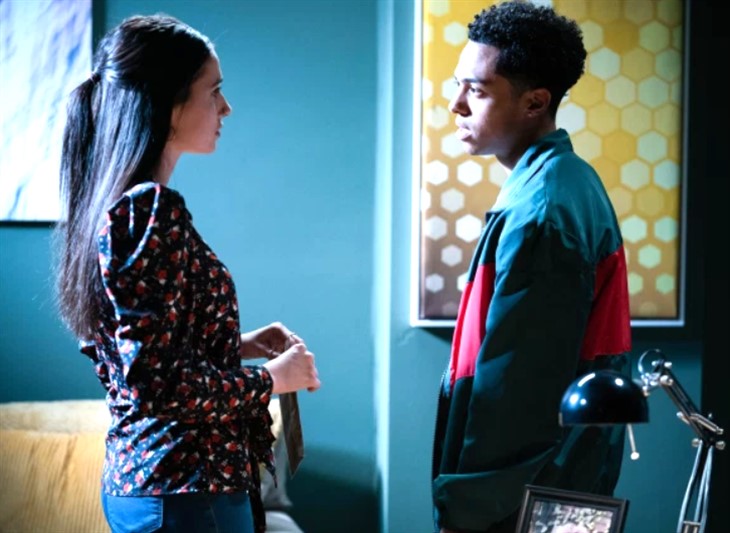 EastEnders spoilers hint that soon Dotty Cotton (Milly Zero) and Keegan’s (Zack Morris) secret would soon be revealed. In an upcoming episode, things are going to take a turn for Keegan and Dotty as Vinny Panesar (Shiv Jalota) is set to learn about Keegan cheating on Tiffany (Maisie Smith). Will he let Tiffany know about it or will keep their secret?

In the episode that will air on the 23 of August, Vinny will continue to try at a relationship with Dotty. He fills her in on a future meeting that he will have with Phil Mitchell where he will be trying to get his tech booth idea off the ground.

Vinny and Keegan will share an EastEnders scene in which Vinny will talk about how he feels that he is becoming closer to Dotty. Keegan is too keen on the idea of Vinny and Dotty and tells him that he thinks that he could do better than Dotty.

Keegan’s response only confuses Vinny. Keegan having a hard time keeping such a heavy secret, Keegan eventually fills his father in on the situation. When Mitch (Roger Griffiths) learns about the situation, he advises that Keegan should just be honest about it to Tiffany.

EastEnders spoilers tease Keegan soon meets with Dotty and they have a conversation about how Keegan wants to come clean about him cheating. Vinny will overhear the conversation and is left shocked by it. As Dotty convinces Keegan not to tell Tiffany the truth, Vinny ponders on the new information he learns. Determined to move on, Keegan puts together a romantic date with Tiffany. Vinny runs into Tiffany and tells her everything that he heard.

Tiffany will then confront Keegan about what Vinny told her while Vinny tells Dotty that he told Tiffany everything. This causes Dotty to go into a panic upon learning that Tiffany knows the truth. Tiffany will be comforted by Sonia Fowler (Natalie Cassidy) and Whitney Dean (Shona McGarty) after she confronts Keegan.

While Mitch will be giving more advice to Keegan. Now with the truth out how might things go for the couple? Will the two break up or will they decide to work things out? What will be next for Dotty and how will the truth coming out affect her?