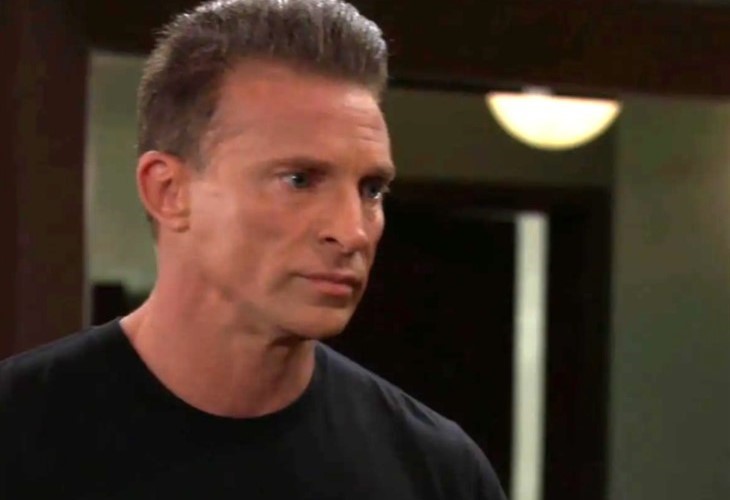 General Hospital (GH) spoilers for Monday, November 8, 2021, reveal the gang in Crete in a more perilous situation than ever thanks to that nefarious fool who nobody can seem to kill — Peter August.

General Hospital Spoilers – Jason Morgan Is Falling Down On The Job

Jason Morgan (Steve Burton) and his twin, Drew Cain (Cameron Mathison), end up in the same room together with Drew once again wondering how to fight Peter’s (Wes Ramsey) mind control. Jason thinks he has a way out of this situation since his hitman skills seem to be off and he couldn’t take out Peter while missing Britt Westbourne (Kelly Thiebaud) at the same time. Can Jason save the day?

Well, he better think fast because Liesl Obrecht (Kathleen Gati) is going downhill quickly and Britt is worried. And she should be considering that she harpooned her own mother. With Peter warning them there’s only one way off the island, will she be able to save her?

After months and months of recapping everyone’s stories from a rec room, Alexis Davis (Nancy Lee Grahn) is finally free. She is ready to walk right out of Spring Ridge with a pardon, but will probably miss Harmony (Inga Cardranell). However, will Nikolas (Marcus Coloma) regret his decision once he realizes that Alexis is one of the people who told Spencer Cassadine (Nicholas Chavez) to reject him?

Trina Robinson (Sydney Mikayla) did almost the same thing. Who will Nikolas be more upset with now that Spencer and him are on a first-name basis? Meanwhile, Esme Prince (Avery Pohl) wants to know just how close Spencer and Trina got…

With the Novaks seemingly out of the way and Cyrus Renault (Jeff Kober) in jail, Sonny Corinthos (Maurice Benard) meets with Mrs. Wu and wonders what else he can do for her. Do they have an understanding? Do they all have to have another warehouse meeting to sort things out?

Elsewhere, Diane can tell that Carly Corinthos (Laura Wright) is feeling a little powerless now that The Great and Powerful Sonny is back and calls her out on the fact that she misses being the one in charge. Stay tuned to General Hospital weekdays to see how these stories play out.