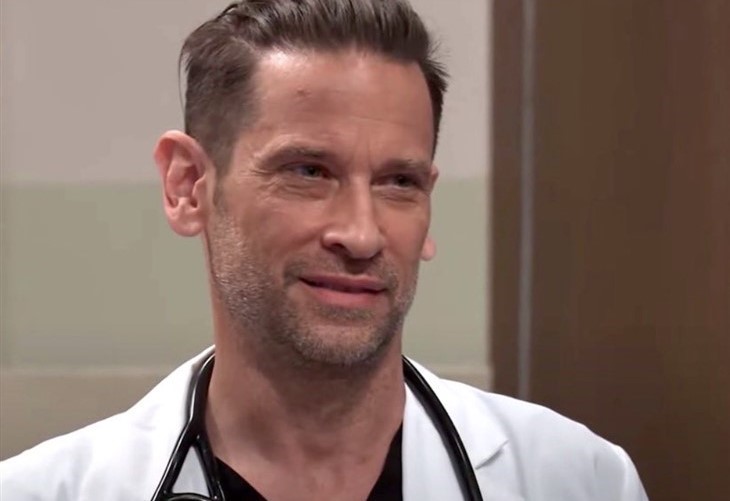 General Hospital Spoilers – Gladys Corbin Only Has Part Of The Truth!

While it is true that Valentin isn’t her baby’s father, Brook Lynn isn’t her mother either. In fact, Brook Lynn was never pregnant at all. It was all a ruse in order to get her ELQ shares back from Valentin. But where did she get a real live baby? That’s where Maxie comes in. Maxie gave her newborn baby to Brook Lynn to care for in order to hide the infant from her true father, the evil Peter August (Wes Ramsey). But Gladys doesn’t know any of that. Look for a curious Austin to get Gladys to spill her guts!

Austin was actually on hand to deliver Maxie’s baby, but was knocked unconscious by Maxie abductor. Maxie was able to trick her captor into falling into a mine shaft. She then called Brook Lynn and the baby swap took place right there and then. Austin was supposedly unconscious at the time, but he seems to remember bits and pieces of Brook Lynn and Maxie’s conversation. Gladys’ news may cause Austin to remember everything!

General Hospital Spoilers – Dr. Austin Gatlin-Holt Will Have To Choose Between Revenge And Friendship!

Austin has quite a bone to pick with Brook Lynn. She forced him to sign over his own rights to ELQ by threatening to have his medical license taken away. Austin promised to get back at Brook Lynn. But by doing so, and revealing that Valentin isn’t the baby’s father and the rest of the truth, he would likely be putting Peter right on Maxie’s trail. Peter could very easily take both the baby and Maxie captive, and it would all be because Austin chose revenge over his growing friendship with Maxie!

Will Gladys tell Austin everything she knows? Will Austin remember everything? Is Maxie in danger all over again if Austin talks? Anything can happen in Port Charles so stay tuned to General Hospital airing weekdays on ABC. And don’t forget to check back right here regularly for all your General Hospital news, information and spoilers!

Sister Wives: Things Fans Should Not Miss In New Season