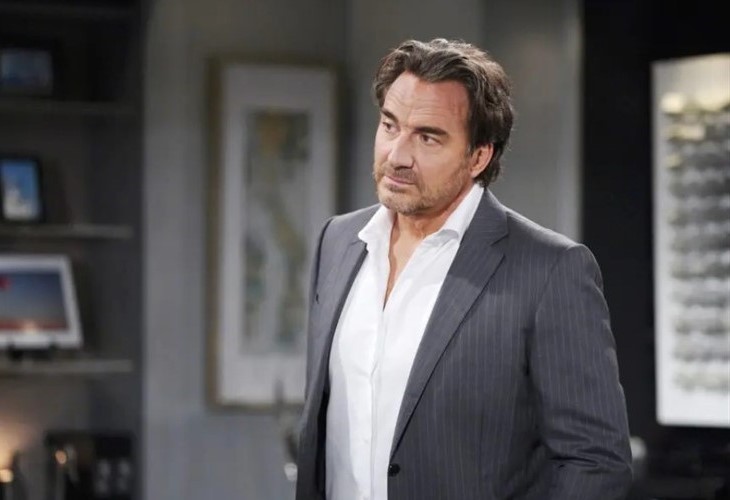 The Bold and the Beautiful Spoilers hint that Ridge Forrester (Thorsten Kaye) will soon hire Justin again to get new dirt. Ridge is on a new mission along with Liam Spencer (Scott Clifton) and that mission involves Sheila Carter (Kimberlin Brown) and Deacon. Shelia and Deacon have both come back to the show with their own goals in mind. This goal will be to get a relationship with their children.

However, they have many people in their way and it will not stop anytime soon as Ridge has a plan of his own to target the two parents.

As viewers know, Ridge recently hired Justin when he need information against Quinn who was seeing Carter. However, it seems that Justin will be of use again when he is called up by Ridge to get information against Shelia and Deacon. This might happen after he learns that Hope is willing to build a relationship with her father.

Which Ridge will not take well at all. However, will Justin be able to find anything that will take down the two parents who have teamed up together, or will this be a dead end? Justin has proven that he is good at getting information but what will he find?

Ridge may only ruin his relationship with Brooke Forrester (Katherine Kelly Lang) who will start to have a warm spot for Deacon Sharpe (Sean Kanan). On top of that, Deacon has not done much that viewers know of that will turn Hope Spencer (Annika Noelle) away from her father. This may bring more distance between Hope and Ridge.

Plus if Liam decides to team up with Liam, he may end up at odds with Hope as well. What might be the result of this? Shelia is not going to give up and this may be her downfall as she is willing to do just about anything however Deacon is a little different. He is playing alone right now but he is about to take a turn away from Shelia’s plans and this may get him a relationship with his daughter. What do you think? Will Ridge’s plan work or will it blow up in his face?