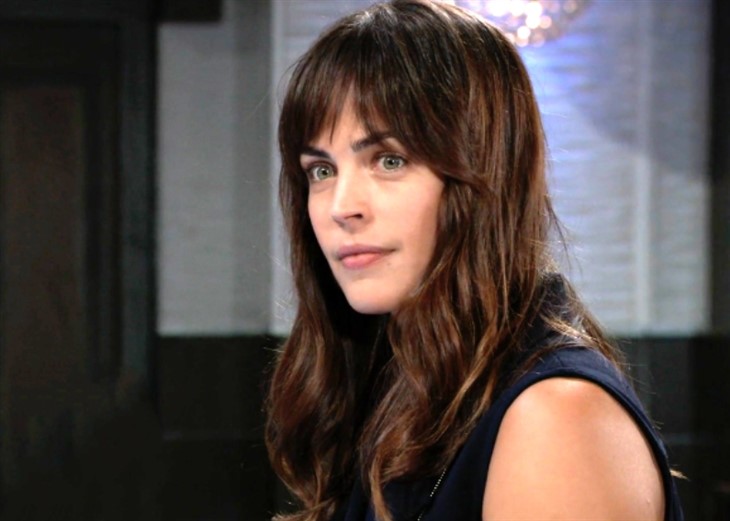 General Hospital spoilers indicate that Britt Westbourne (Kelly Thiebaud) has some decisions to make about her future. Jason Morgan (Steve Burton) is about to be off the market. Monica Quartermaine (Leslie Charleston) has taken away part of her responsibilities as Chief of Staff. Where will Britt go from here?

General Hospital’s Jason may be off the market since he is marrying his best friend, Carly Corinthos (Laura Wright). However, Britt and Jason did sleep together so she could be pregnant. Britt doesn’t have anyone’s embryo to steal this time, however, she could have gotten pregnant on her own. Britt could also be pregnant by Jasper Jacks (Ingo Rademacher) and try to pass it off as Jason’s as well. Jason doesn’t need another child considering the writers already have him being a deadbeat father to the two children he has. Jax certainly doesn’t need another child and Britt could pass her Huntington’s disease off to a biological child as well. A baby is probably not the best thing for Britt at this time.

General Hospital’s Britt could find another man and have a relationship with him. After all, Austin Holt (Roger Howarth) is single. Harrison Chase (Josh Swickard) is about to be single as well. Dante Falconeri (Dominic Zamprogna) is available and Britt has already given birth to his son. There is plenty of fish around Port Charles and not all of them are in the harbor. Could Britt find another man and have a lasting relationship with him? Will Britt’s past get in the way of her future?

General Hospital Spoilers – Britt Westbourne Could Find Out The Truth

General Hospital’s Britt is Nina Reeves’ (Cynthia Watros) cousin. Could Britt stumble upon the truth and be the person to reunite Sonny Corinthos (Maurice Benard) with his family? After all, Nina has been seeing Sonny knowing that he is a married man. Nina has lied to Sonny about everything since the day they met. Could Britt do the right thing and bring Sonny back to his family? Would bringing Sonny home give Britt a chance with Jason after all? Carly would certainly be grateful to Britt for reuniting her family. However, will Sonny want to be with Carly after falling in love with Nina?

Britt has the potential to make a life and family for herself. Will Britt take advantage of the opportunity she has? Will Britt be just another woman pining away for Jason? Will Britt and Jason reunite and see where their relationship goes?