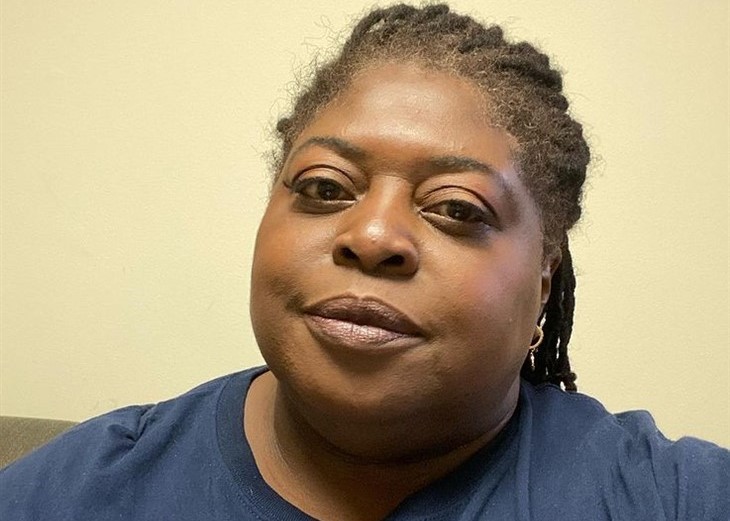 General Hospital news emerged that reveals Sonya Eddy slam dunked another role in a movie. Of course, she probably still remains best known for her role as Epiphany Johnson, the very strong-willed nurse on GH. However, she has a long list of TV shows to her credit, as well as roles in movies. News about her new movie brings the second announcement this year alone.

Two years ago, a bit of a setback came for Sonya when her TruTV Series Those Who Can’t was canceled. In that show, she played the role of Tammy Sherman. At the time, she took the news hard and told her fans how much she enjoyed the role. Well, on GH she’s a person with great strength of character. And, in real life, it looks like she toughed it out and turned her eyes on future projects, In June this year, news arrived that she landed a role in a movie titled Good On Paper. In that movie, she plays the role of a judge named Harriet Gold.

In the new movie that just got a trailer dropped, she acts as Olivia. Soap Opera News describes the I Live Alone! synopsis as “Sixteen-year-old Parker has to go stay with her reclusive Aunt Len while her Mother’s in the hospital. Parker quickly realizes her Aunt is living in solitude for a very dark and horrific reason.” Written and directed by Krsy Fox, other cast members include” Bonnie Aarons, Nyaling Marenah, Fox, and more.

A trailer for the new movie dropped and it looks like a short film. Actually, the trailer brings all sorts of on-the-edge-of-the-seat stuff in what looks pretty much like a horror story. And yeah, the reclusive aunt seems downright creepy! Knives, blood, murder, and tension all make for a scary type of scenario. Unfortunately, it’s not clear from the trailer what the role of Olivia adds to the storyline of the movie.

Sonya Eddy from General Hospital already tucked away a lot of screen time over the years. Fans might have seen her on Ruby Dee’s Zora Is My Name. Plus, she was featured in Comedy of Errors, Into the Woods, and South Pacific. Other times her face popped up included CSI, In Case of Emergency, Everybody Hates Chris, Monk, ER, Joan of Arcadia, Seinfeld and The Drew Carey Show, and more, according to ABC’s bio.

Even more acting came from Sonya Eddy over the years and they included roles in “Coach Carter, Bad News Bears, Year of the Dog, Barbershop, Daddy Daycare, Matchstick Men, and Surviving Christmas.”.

Remember to check back with us often for more news, updates, and spoilers about the cast of General Hospital.