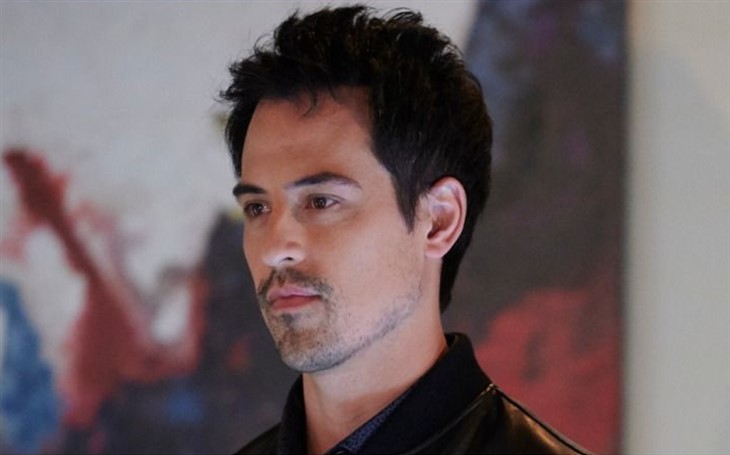 General Hospital spoilers and rumors tease that it may have been Nikolas Cassadine (Marcus Coloma) may have been the one who had Naomi Dreyfus (Gigi Bermingham) killed. If Nikolas put out a hit on Hayden Barnes, (Rebecca Budig) it makes sense for him to have put a hit out on Naomi if he was concerned she’d spill his secret! General Hospital viewers will recall there was a mysterious man who took the flight with Naomi when she appeared in Port Charles, and another man was found dead when a lead was followed up on!

General Hospital Spoilers And Rumors – Naomi Dreyfus Came To Visit Violet Barnes, But Then Was Killed

General Hospital viewers will recall that Naomi came to visit Violet Barnes (Jophielle Love) but didn’t know anything about her mother Hayden! Naomi claimed to Elizabeth Baldwin (Rebecca Herbst) that she had heard nothing about or from Hayden, but when she went back to her hotel room, a mysterious man confronted her. Naomi told the man that she told Elizabeth nothing but what he had told her to tell, but then she was found murdered in her hotel suite at the Metro Court.

This was shortly after Shawn Butler (Sean Blakemore) had been released from Pentonville Prison and started demanding answers about the hit man Nikolas had sent to kill her, because he had served time for it and did not commit the crime.

Sean had been Sonny Corinthos’ (Maurice Benard) enforcer at the time, and had been dispatched by Sonny to make a hit on “Jake Doe” who was much later revealed to be Drew Cain (now Cameron Mathison) after being mistakenly identified as Jason Morgan (Steve Burton). In the crossfire, Nikolas’ hit man missed and Shawn hit Hayden by mistake!

General Hospital viewers will recall that Curtis Ashford (Donnell Turner) had also been searching for Hayden in the past, at the behest of Dr. Hamilton Finn (Michael Easton) who wanted to find out what happened to her for Violet’s sake. Shawn and Curtis compared notes, and it turned out that Phyllis Caulfield (Joyce Guy) had known a man when she worked at Crichton-Clark who had been a file clerk during the time she worked there who might have some answers about the man who flew in with Naomi.

This man had also been connected to Crichton-Clark, and Port Charles Police Commissioner Jordan Ashford, (Briana Nicole Henry) Curtis, and Dr. Portia Robinson (Brook Kerr) had arrived at a house where the man Phyllis had known, Roger Barstow (Brett Chapin) was living. Unfortunately, an assassin had killed him and also locked Portia and Jordan in the basement where Barstow was found dead, and there was a gas leak that rendered Jordan unconscious.

Curtis chased after the intruder and he was taken, although nothing about his coming to trial has played out, nor has he been named. Jordan was transferred to a specialty renal clinic when her one kidney was affected by the gas.

General Hospital viewers will not be surprised if the man who flew with Naomi and killed Roger may very well turn out to be the hit man who shot Hayden, and could have been dispatched by Nikolas! General Hospital viewers will recall that over the past several episodes that Nikolas and Shawn have had some very deep discussions about Nikolas hiring a hit man to kill Hayden.

Shawn also told Spencer Cassadine (Nicholas Chavez) and he also confronted his father, but all Nikolas has done was dance around the truth! Viewers cannot even be sure if Hayden is still alive, in spite of Nikolas claiming that she is – viewers will recall that he scared her out of Port Charles after he overheard her trying to make a deal with Valentin Cassadine (James Patrick Stuart) over the missing painting of Helena Cassadine (Constance Towers) that had contained the codicil to Mikkos Cassadine’s (John Colicos) will, disinheriting Valentin.

Nikolas seems to be getting deeper and deeper into trouble that is coming from things he’s done in the past, and this certainly seems to be just one more complication!