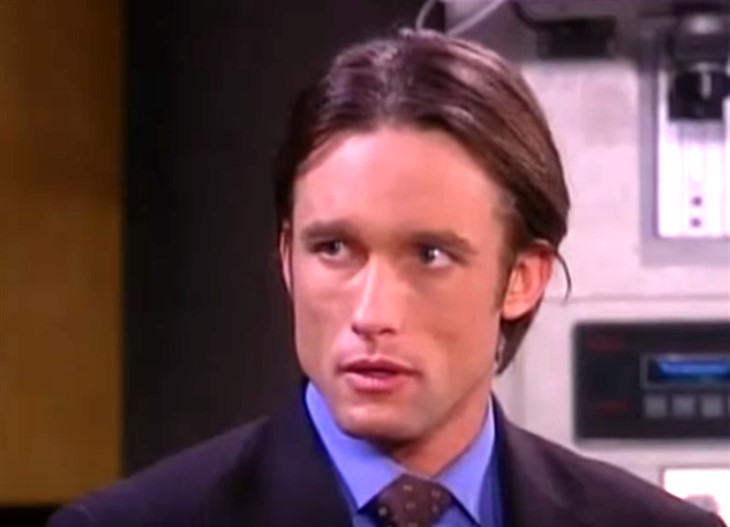 Days of Our Lives (DOOL) spoilers reveal that in Salem Philip Kiriakis (Jay Kenneth Johnson) is his own worst enemy. After Chloe Lane (Nadia Bjorlin) goes to New York with Brady Black (Eric Martsolf), Philip’s jealousy will go into overdrive. Belle Brady (Martha Madison) tries to talk him off the ledge. However, what Philip discovers next will have explosive ramifications.

DOOL spoilers reveal that Philip kept telling Chloe that he wanted another chance with her. She wasn’t interested until he saved her from Jan Spears (Heather Lindell). While Chloe became smitten with Philip’s heroics, it didn’t squash her feelings for Brady. Philip knows that those feelings still exist and he’s becoming more jealous by the day. When Chloe and Brady need to go to New York for business, Philip doesn’t react well.

Even though Philip tries to take control and becomes a bit possessive, Chloe has never been one to allow a man to dictate her life. Chloe needs to go with Brady to New York and that is exactly what she is going to do. However, Chloe will probably assure Philip that nothing is going to happen except business.

During the week of August 30, Philip will worry about Brady and Chloe being together in New York. He turns to Belle and explains the situation, hoping she can shed some light on what’s really going on. What Belle sees isn’t Chloe misbehaving, but Philip destroying his chances by letting his jealousy go into overdrive. As Philip becomes more upset, Belle does damage control and talks her friend off the ledge.

Belle might be able to calm Philip down, but it won’t last long. He ends up going to New York to “surprise” Chloe. Of course, his real reason for going is to make sure Brady isn’t taking advantage of the situation. When he opens the hotel room door, he doesn’t find Chloe alone. She is in bed with Brady, which only seems to confirm Philip’s fears all along.

What Philip doesn’t realize is that Brady and Chloe aren’t sleeping together. They were put in a compromising position by the hotel. They might be in bed together, but the only thing they were doing was sleeping. However, will they be able to convince Philip? It doesn’t sound like Philip will be in any mood to hear Brady and Chloe’s explanation. When he does finally calm down and learns the truth, he just might regret exploding. Belle might be right — all Philip is accomplishing is driving Chloe into the arms of another man.