General Hospital Spoilers – Brando Corbin May Have Just Made A Fatal Mistake! 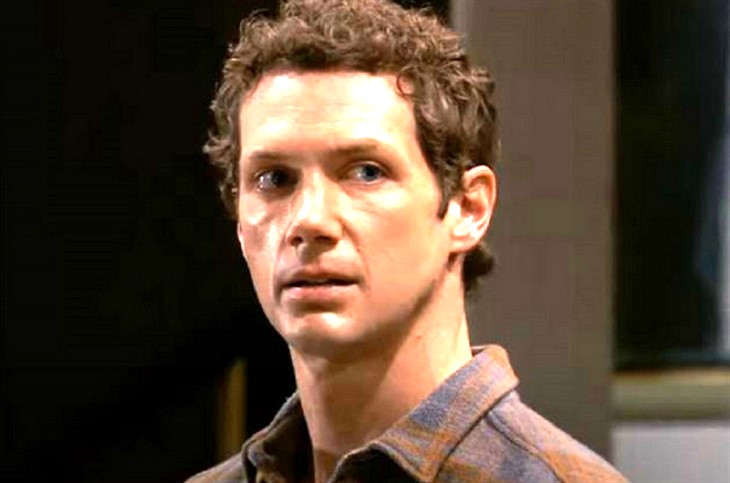 General Hospital Spoilers tease that Brando Corbin (Johnny Wactor) is ready to stay away from any future association with the illegal part of Sonny Corinthos’ (Maurice Bernard) business. Even though Sasha Gilmore (Sofia Mattson) forced the issue by giving Brando an ultimatum, it’s a choice Brando was happy to make. But now that there is nothing is keeping them apart, Brando and Sasha should be thrilled as they take the steps to grow their family. But did Brando just make an enemy who will end his happiness for good?

Joey Novak (Patrick Zeller) has been throwing his weight around. First, he tried to force Damian Spinelli (Bradford Anderson) to work for the Novak’s and was prepared to force the issue until Jason Morgan (Steve Burton) arrived and threw Joey out. Jason seemed confident that Joey would bother them anymore, but he showed up a few days later claiming to Carly Corinthos (Laura Wright) that he could get to get to Jason anytime. Since Jason wasn’t around, Brando stepped between Carly and Joey, making it clear that Joey need to back off. Joey was clearly intimidated so he will want Brando out of the way.

GH Spoilers – The Novak Family Is About To Make A Move Against The Corinthos Family!

The Novak’s want to take over Port Charles and will soon need to send a very strong message to make a show of strength. Since Joey intimated he can get to the Corinthos’ at any time, he will likely want to prove that point. Still smarting from Brando’s interference with Carly, Joey may take action against Brando himself? And while the Corinthos family gathers for Carly and Jaon’s wedding, they may make a gruesome discovery. Brando’s body would be displayed very publicly. Sasha may have to raise her baby all alone after all!

General Hospital Spoilers – Brando Corbin’s Death Will Begin A War Between The Corinthos And Novak families!

Jason and Carly’s first act as a married couple will be one of retaliation. And it won’t stop there. Increasingly violent attacks will draw the attention of Mayor Laura Collins (Genie Francis) and the police. If the war isn’t ended quickly, there will be other deaths. Can the police department stop these escalation?

Will Brando and Sasha live happily ever after now that he has agreed to leave the mob? Has Joey Novak decided to punish Brando for hjs interference? And will Sasha once again find herself facing the prospect of raising her baby alone? No one ever really leaves the mob in Port Charles, so stay tuned to General Hospital airing weekday on ABC. And don’t forget to check back right here regularly for all your General Hospital news, information and spoilers!

Days Of Our Lives Spoilers: Cheating And Break-Ups Lead To Nicole And E.J. Reunion