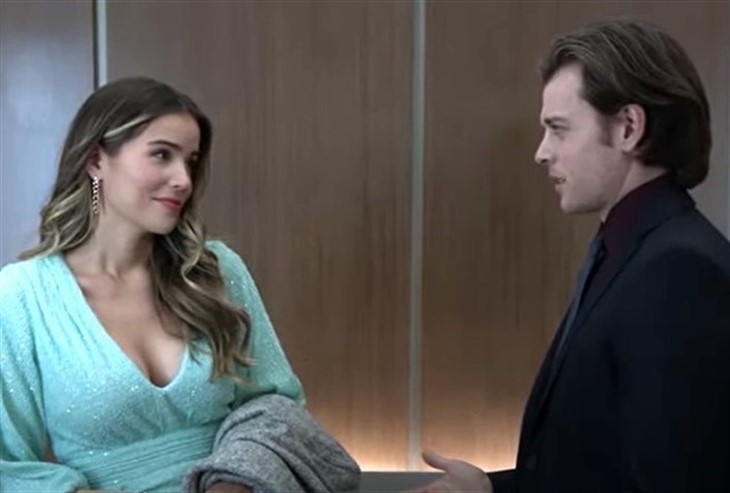 Sasha began to date Michael Corinthos (Chad Duell) at that time. Sasha was targeted by Cassandra Pierce (Jessica Tuck) because she was dating Michael. She became ill because Cassandra poisoned her and Michael helped Sasha with her recovery. Sasha found the courage to tell Nina the truth that she was not her daughter because Michael helped her.

Sasha and Michael dated and were happy. However Michael was trying to get custody of his son Wiley Quartermaine-Corinthos (Eric and Theodore Olson) from his mother Nelle Benson (Chloe Lanier). Michael wanted to marry Sasha to better his chances of getting custody. But he was advised against it because Sasha had lied about being Nina’s daughter.

Michael was advised to marry Willow Tait (Katelyn MacMullan) instead. Sasha and Harrison Chase (Josh Swickard) decided to get Michael and Willow to think that they had been having an affair on General Hospital. The plan worked. Michael and Willow got married and got custody of Wiley. Later Michael found out the truth about Sasha and Chase. Now Michael has gotten an annulment from Willow and is starting to date Sasha again.

GH Spoilers – Sasha And Brando Corbin Might Become A Couple

General Hospital spoilers reveal Sasha went through a dark time after she and Michael broke up. She had just gotten a job at Deception with Lucy Coe (Lynn Herring) and Maxie Jones (Kirsten Storms). She became the Face of Deception. During that time Sasha got addicted to drugs. She also started to associate with Cyrus Renault (Jeff Kober) who provided her with an experimental drug.

Sasha had a heart attack and was taken to the hospital by Brando Corbin (Johnny Wactor) who is Cyrus’ chauffeur. GH recaps show Brando and Sasha started to connect. Brando had been addicted to drugs at one point and helped Sasha to overcome her drug addiction. Brando has taken a liking to Sasha.