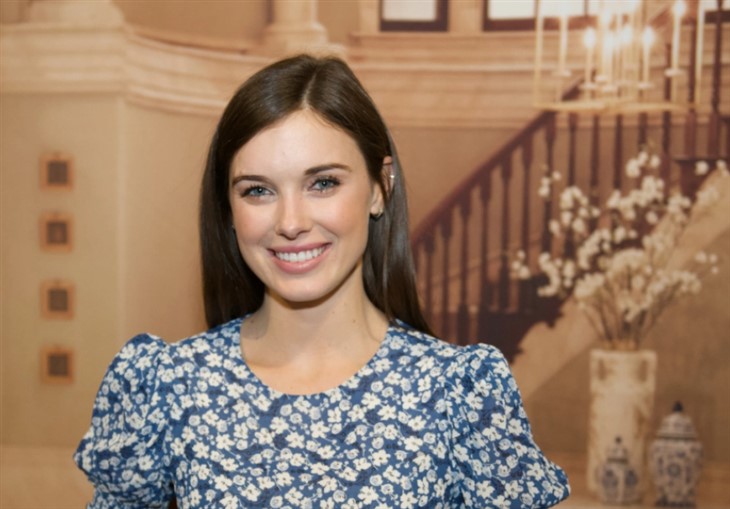 General Hospital spoilers reveal that Willow Tait (Katelyn MacMullen) has to tell Michael Corinthos (Chad Duell) a bombshell. Just when Michael thinks that things couldn’t get any worse, Willow announces she’s marrying Harrison Chase (Josh Swickard). Michael reacts with anger. However, the actress teases that what comes next is a complete surprise.

GH spoilers reveal that Willow accepts Chase’s marriage proposal but she doesn’t feel good about it. She knows in her gut that she needs to tell Chase the truth. However, when everyone is told that Chase is out of options, Willow feels that death is inevitable. So, she swallows her guilt and second-guessing.

Of course, fans know that Hamilton Finn (Michael Easton) will end up finding out the truth about Chase’s paternity. Then it will all make sense why the original cure didn’t work. However, whether that happens before or after the wedding remains to be seen.

According to the new issue of Soap Opera Digest, MacMullen explains how Michael reacts when she tells him about her marrying Chase.

“At first, it’s like, ‘I’m marrying Chase,’ and he’s mad, and she’s like, ‘You don’t understand. The situation is so much worse than you know.’ I think Willow is absolutely dreading having to do this and scared of Michael being like, ‘I’m done. This is too much for me.’”

General Hospital spoilers reveal that Willow assumes that Michael is going to dump her for marrying Chase. She would be heartbroken but would understand his reasons. However, Michael ends up having an unexpected reaction to Willow’s news.

MacMullen told the magazine that even though Michael is mad at first, he also understands why Willow feels compelled to do this. The actress explains,

“But as you’ll see, they have such a mutual understanding of the situation that they come to the decision together that her marrying Chase is the best course of action.”

However, what happens when Finn is finally able to cure Chase? When does Willow tell him the truth? The minute he feels better? When he’s released from the hospital? Once he goes back to work? What about all that time in between? What if Chase wants to kiss Willow or expects them to go to bed together? What if Willow ends up pregnant and has no idea which man fathered her child? Will Michael still be on board when that happens and if the baby belongs to Chase, will he still want to be with Willow? When is enough finally enough? We will have to keep watching the ABC soap to find out how this story ends.

The Bold And The Beautiful Spoilers: Will Quinn Sleep With Carter Again