The Bold And The Beautiful Spoilers: Will Quinn Sleep With Carter Again 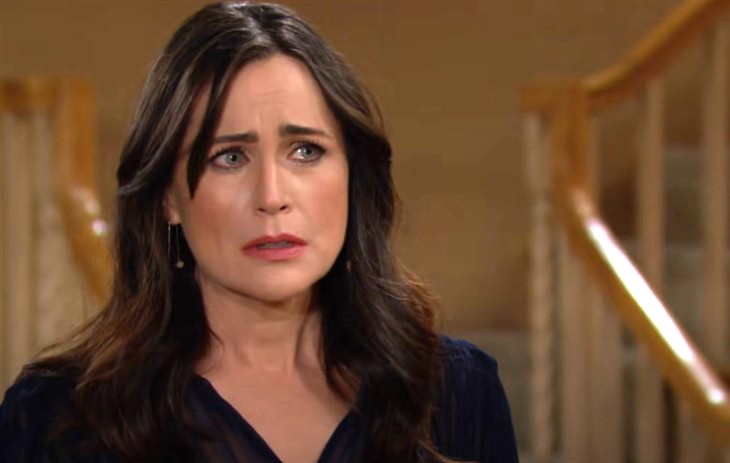 The Bold and the Beautiful (B&B) spoilers reveal that fans had a hard time imagining “Quarter” together. However, Quinn Forrester (Rena Sofer) and Carter Walton (Lawrence Saint-Victor) actually had amazing chemistry. Even though it’s clear they have feelings for each other, Quinn refuses to entertain the idea for one specific reason, and it has nothing to do with her marriage.

The Bold And The Beautiful Spoilers – Quinn Forrester’s Infidelity

B&B spoilers reveal that Quinn has always been faithful, although she had some close calls over the years. Some fans may remember that Quinn and Ridge Forrester (Thorsten Kaye) nearly had an affair. However, they resisted temptation. So, in Eric Forrester’s (John McCook) eyes, Quinn has always been loyal to him. However, he doesn’t know about “Quarter.” Eventually, the truth will come out.

It is clear that “Quarter” have feelings for each other. For one, Carter is moving way too fast with Zoe Buckingham (Kiara Barnes) once again. The first time around, it was about being completely taken in by the model. This time, it’s a cover for his guilt over betraying Eric by sleeping with the man’s wife.

The Bold And The Beautiful Spoilers – Rena Sofer Explains Storyline

The Bold and the Beautiful spoilers reveal that Quinn is so sure that she will never sleep with Carter again. Sofer explained the reason to Soap Opera Digest, and it has nothing to do with Quinn’s marriage. It seems that Quinn knows that her childbearing days are over. Carter is a young man and he has mentioned more than once that he wants a family. Quinn would never be able to give him any children.

Even though Carter is engaged to Zoe again, many The Bold and the Beautiful fans feel that she isn’t right for him. Carter deserves someone that values and respects him. He deserves a woman who will be faithful no matter what his bank account says. The only reason Zoe keeps going after Carter is that Zende Forrester (Delon de Metz) rejected her, which was exposed by Ridge. Before, Zoe had two lives. The one she was faking with Carter and her plans to seduce Zende. Once she was caught, she lost both of them.

Even though Carter wants children, marrying Zoe would be a big mistake on The Bold and the Beautiful. She will always be looking for the next best thing. Perhaps when the “Quarter” secret comes out, Zoe will leave town and allow Carter to find not only a better woman, but the right one.