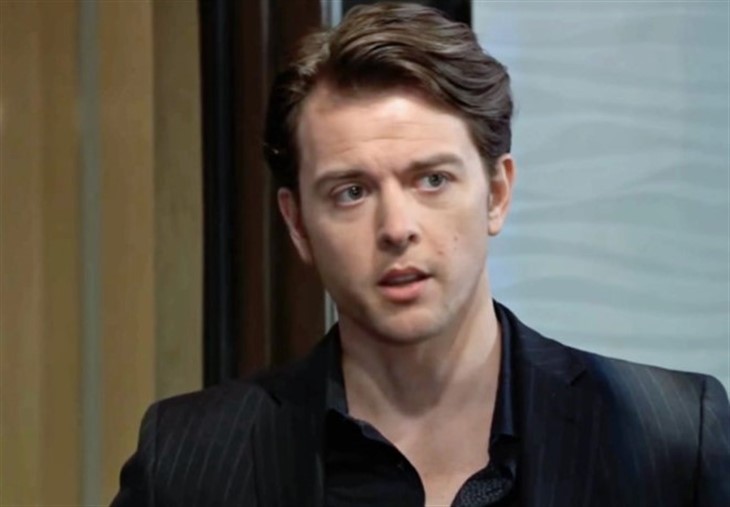 General Hospital (GH) spoilers reveal that Willow Tait (Katelyn MacMullen) accepts Harrison Chase’s (Josh Swickard) marriage proposal. She accepts it and tells him that she will marry him. Then, she has to tell Michael Corinthos (Chad Duell) what she’s going to do. He reacts with anger and says that he’s done with her. Has Willow sealed her fate by agreeing to marry Chase?

GH spoilers reveal that there doesn’t seem to be any hope in curing Chase. That is what it seems to the characters, but viewers know otherwise. There is a reason why Hamilton Finn’s (Michael Easton) cure didn’t work. He was using the wrong father’s DNA. Once he figures it out, which we are sure he will, the antidote will cure Chase of his current health crisis. In the meantime, Chase has one dying wish and that is to marry Willow.

Willow feels trapped and she knows that it’s time to make a final decision. She contemplates confessing the truth to Chase and telling him that she’s actually in love with Michael. However, his death is looming over her head. As a result, she puts on a fake smile and agrees to marry him. In the case that he asks her what’s wrong, she can always say that it’s about his death sentence. In reality, it’s because she knows she’s marrying Chase for the wrong reason.

In fact, she feels sick to her stomach when accepting Chase’s marriage proposal. That should be a big clue for her not to go through with it. However, she feels that only a cruel person would deny a man’s deathbed request.

General Hospital spoilers reveal that Chase shares the happy news of his upcoming nuptials. Meanwhile, Willow excuses herself and says she needs to tell Wiley Quartermaine-Corinthos (Erik and Theo Olson). What she really is telling is Michael, though. He reacts with outrage and anger over Willow’s decision. He even goes as far as to tell her that he’s done with their relationship.

It appears that Willow’s decision will seal three fates: Michael, Chase, and her own. However, soaps always have a twist or two in the background just waiting to change everything. Will she actually go through with the actual wedding? Could Finn find a cure before the ceremony? Or will Willow be forced to admit the truth after her wedding when Chase is finally cured? Will there still be a chance for her and Michael? Perhaps, but writers could also throw in more complications unrelated to Chase’s health.

What do you think is going to happen when Willow tells Michael about her wedding? Will he truly be done with her? Or is there a twist that will expose the truth while allowing Michael and Willow to be together?