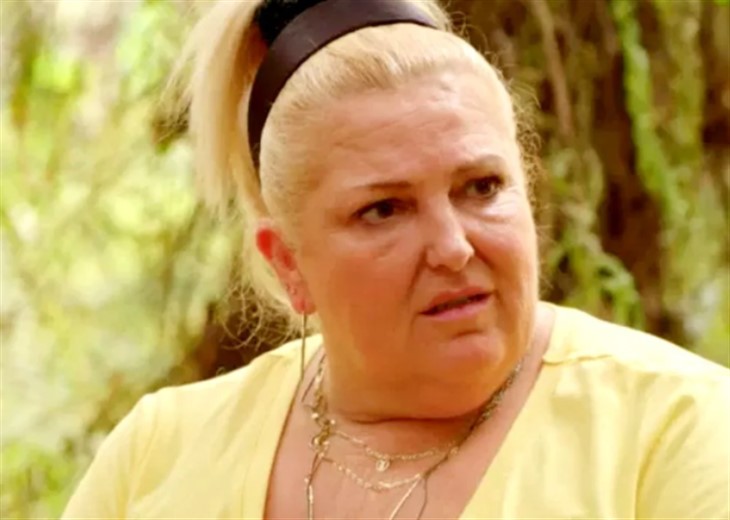 90 Day Fiancé spoilers and updates reveal star Angela Deem has been a smoker for 40 years. She’s been smoking since she was 13 years old and her bad habit has certainly affected her health. She went through hypnosis to help her quit. She was even seen smoking her “last cigarette” on the show. Unfortunately, it seems like she didn’t get rid of her bad habit at all, as seen in the photos she posted online.

When she first came to the show, the 55-year-old reality star had to lose 100 pounds. She wanted to look younger and live longer. Deem had to do more than just shed pounds if she wanted to live healthily. She had to ditch her terrible smoking habit. Hypnosis was her last resort and she was seen trying it during the eighth episode.

Although she didn’t believe in the practice, Angela met Thomas Safrin from the Hypnosis of Savannah. After her session, Deem described her experience as “relaxing” and she felt “light as a feather.” It seems like the hypnosis didn’t work or Deem just didn’t want to stop smoking.

Dr. Kashani and Natasha found cigarettes on Angela’s bra purse when she first appeared on “90 Day Fiancé: Happily Ever After?” Dr. Kashani warned her that smoking can put her at a higher risk of infection and it also negatively affected her blood flow. But she didn’t listen. She continued to smoke before and after her risky surgeries, and even blamed stress as one of the reasons why she can’t stop.

After her weight loss surgery, Deem flaunted the results on Instagram. Many people called her out and asked her to stop the habit because it’s making her look older than her actual age. Her social media account also hinted that she continues to smoke even after her hypnosis.

Recently, Deem posted a photo of herself with Dr. Kashani and Dr. Obeng at a party in Los Angeles. She can also be seen in the photo holding a cigarette in her hand. Another fan spotted her driving with one hand on the steering wheel and the other holding a cigarette. Deem also uploaded a story where she was hanging out with Brittany Cartwright of “Vanderpump Rules” with a cigarette box on her side.

Why does she continue to post photos on social media where she can be seen smoking? Is she trying to fool her fans or did she give up and believe that she can never get rid of her bad habit?