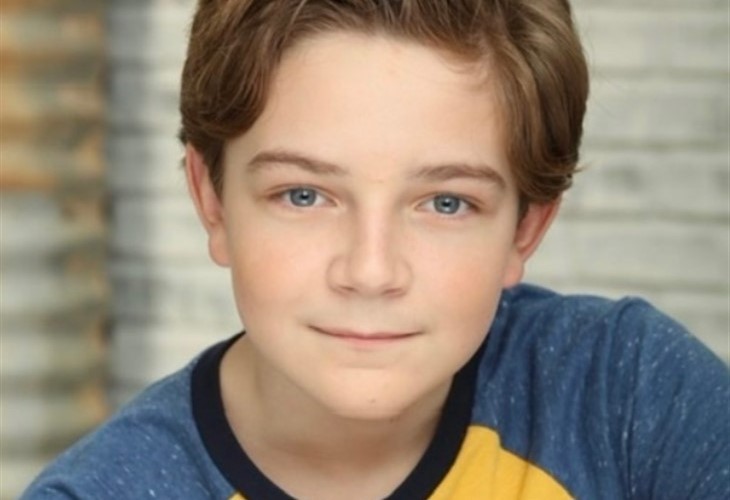 General Hospital spoilers and updates tease that Zakary Risinger has joined the cast of the daytime drama as Danny Morgan. The character was originally portrayed by Porter Fasullo and T.K Weaver.

Risinger’s acting credits include NCIS, For All Mankind, The Morning Show, and Grey’s Anatomy. The young actor loves to meet new people and enjoys expressing himself by connecting to characters that he believes are fascinating. He’s been in the acting industry since he was 15 years old but he also loves to sing and dance.

Drew Cain (Cameron Mathison) will break the news about Jason Morgan’s (Steve Burton) death to Sam McCall (Kelly Monaco). He’ll explain everything that has happened on Cassadine Island and how the tunnel collapsed. Dante Falconeri (Dominic Zamprogna) will also be shocked when he learns about the news.

Sam and Dante will both reel from the shocker. What will Carly Corinthos (Laura Wright) do when she finds out that Jason has been presumed dead?

Carly will ask Britt if everyone is safe when they see each other at the hospital. Britt will find it hard to answer but Carly will do all she can to find out what happened. She’ll be bound to learn about Jason’s demise. Britt will feel guilty as Carly tries to look for answers.

GH Spoilers – Sonny Reunites With Someone

Spoilers hint that Sonny will have an unexpected reunion. In the preview video, he looks happy to see the mysterious person. It could be Drew or someone else that hasn’t reconnected for quite a while.

But Sonny will have to learn about Jason’s demise sooner or later. Carly, Sonny, and the rest of the Corinthos clan will be mourning the loss of Jason in the coming days.

Steve Burton is leaving the soap because of his non-compliance with the soap’s vaccine mandate. But the actor clarified that he applied for medical and religious exemptions but they were denied. The actor insisted that it was also about his personal freedom.

“I don’t think anybody should lose their livelihood over this,” the actor said.

He’s also looking forward to new opportunities that may come his way following his exit from General Hospital. Fans will have to stay tuned to see what’s next for the actor.