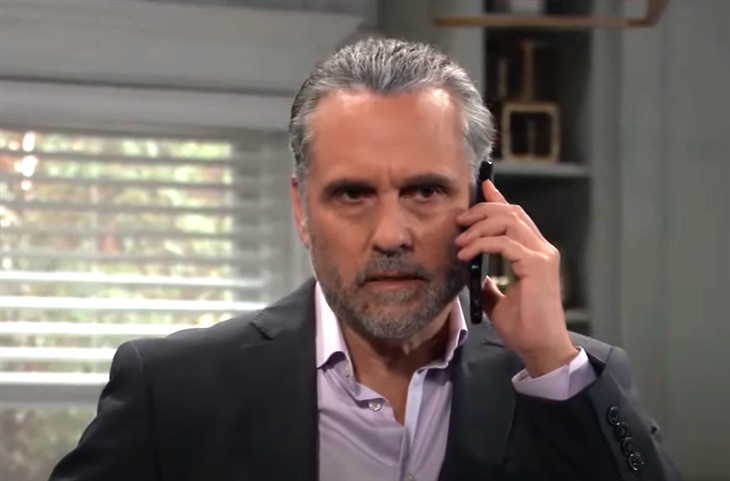 General Hospital spoilers and rumors tease that Sonny Corinthos (Maurice Benard) may be the one who ultimately causes the demise, well deserved, of Peter August (Wes Ramsey) as revenge for the presumed death of Jason Morgan (Steve Burton) in an upcoming episode of General Hospital!

General Hospital viewers will recall that Peter has taken Jason away from the Corinthos family twice now – the first time Cesar Faison (Anders Hove) shot him, and he was presumed dead after Sam McCall (Kelly Monaco) couldn’t find his body in the harbor. It had been a trap – and Faison was disguised as Duke Lavery (Ian Buchanan). Peter was waiting nearby to rescue Jason, wanting him to eventually kill his father, Faison and kept Jason drugged and restrained as Patient Six in the Boronsky Clinic in Russia for five years!

This time, it was Peter engaging Jason in a shootout in an unstable tunnel under the Cassadine castle on Cassadine Island that led to Jason’s presumed death when a tunnel collapsed on top of him. Jason could be seen trying to shield his head from large rocks falling on him from above, while Peter darted away to the safety of the castle above. General Hospital viewers will recall that Drew Cain, (Cameron Mathison) Liesl Obrecht (Kathleen Gati) and Britt Westbourne (Kelly Thiebaud) watched in horror; Drew had to hold Britt back from rushing towards Jason!

General Hospital viewers will recall that Peter didn’t get away exactly scot free this time, however – not only was he banged up fairly badly; he had a guest waiting for him – Robert Scorpio (Tristan Rogers) with his gun trained straight at his forehead! Peter was taken into custody after narcissistically goading Anna Devane, (Finola Hughes) and telling her there was no one alive below!

General Hospital viewers will recall that Jason was the only one who didn’t make it out, and that was after much protest by Drew, who didn’t want to leave his brother behind! But even though Peter was taken into custody, he’ll likely escape again, quite possibly helped by the same person who helped him escape from the morgue freezer in Helena Cassadine’s (Constance Towers) old lab under General Hospital! Who knows – even the agents guarding him in Greece may have been double agents, or he could hypnotize them into helping him like he did Victor Cassadine’s (Charles Shaughnessy) guards!

General Hospital viewers can be assured that just because Jason’s gone, it doesn’t mean Sonny doesn’t have other contacts who’ll gladly serve as hit men! Drew likely won’t want to be Sonny’s enforcer now any more than he did before he disappeared, but he will agree that Peter needs to be taken down if he’s escaped, and if he is forced to shoot to kill to accomplish putting his friends and loved ones out of Peter’s misery, he’ll do it!

There are others in Port Charles who’d be willing to form a “Peter posse” to make sure he never hurts anyone again as well if it comes to that – Shawn Butler (Sean Blakemore) and Marcus Taggert (Réal Andrews) are in town, and while they won’t be hit men for Sonny either, they know that Peter is ten times more dangerous than Cyrus Renault (Jeff Kober). They would be willing to join with Drew to find Peter and make sure he’s no longer Public Enemy Number One! As for Sonny, he’d prefer Peter dead but if it turns out he’s dead out of self-defense by his shooter, all the better! He’ll get the job done even if he winds up having to do it himself!