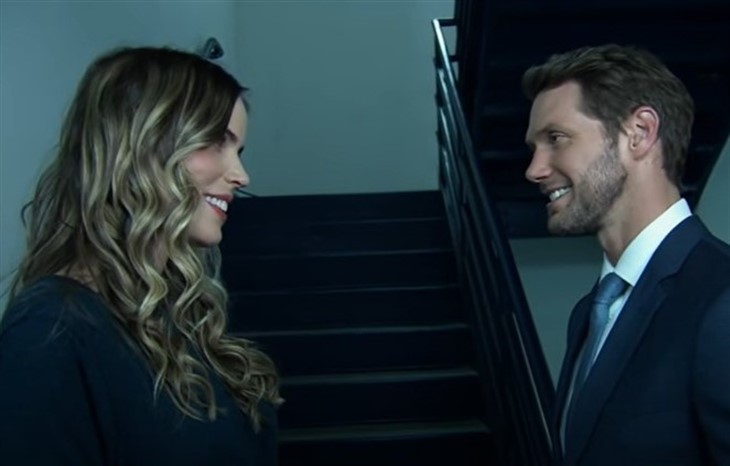 General Hospital (GH) spoilers tease that Brando Corbin (Johnny Wactor) is finally out from under Cyrus Renault’s (Jeff Kober) thumb. With Cyrus arrested and likely headed to prison, Brando will no longer have to be a double agent for the Corinthos family. Brando put himself in great danger to be able to get close enough to Cyrus to give Jason Morgan (Steve Burton) inside information. The last thing Brando expected was to start a romance with Sasha Gilmore (Sofia Mattsson). Sasha was becoming addicted to Cyrus’ product, and she began to cozy up to the drug kingpin. But Sasha almost died and everything changed.

Cyrus seemed to be interested in Sasha, but in reality, he wanted to test his new product on her. Sasha took the deadly drug and suffered a major heart attack when she overdosed. Cyrus ordered Brando to dump Sasha somewhere, but he took her to General Hospital instead. Sasha’s life was eventually saved, but not before Cyrus showed up and tried to turn off Sasha’s life support. Luckily, Sasha was saved. But Cyrus warned Brando not to disobey him again. To make matters even more complicated, Sasha confided in Brando that she planned to get close to Cyrus again to get proof of his criminal activities. In order to save her life once again, Brando told Cyrus what Sasha was planning. Cyrus threw Sasha out and warned her to stay away from him or she would regret it. Sasha was angry with Brando, but eventually, she realized he only wanted to keep her safe.

GH Spoilers – Sasha Gilmore and Michael Corinthos Realized That They Were No Longer In Love.

Sasha had been hoping to reunite with Michael Corinthos (Chad Duell) but neither of them seemed to make their relationship a priority. Eventually, the two of them had a heart-to-heart and separated as friends. But this made Sasha realize she was already attracted to someone else, and that was Brando. Visiting Brando at his garage, the two of them gave in to their attraction and made love. Brando finally told Sasha that he was only working for Cyrus to help the Corinthos family. But then something unplanned happened!

Sasha soon found out she was pregnant, but she was reluctant to tell Brando because of Cyrus. But Cyrus soon found out anyway and told Brando to either kill his own mother, Gladys Corbin, or he would not only kill Brando, but also Sasha and their baby. Brando turned on Cyrus, who revealed that he had known all along that Brando was a plant. Cyrus was about to kill both Brando and Gladys when Carly Corinthos (Laura Wright) initiated a rescue. Brando and Gladys escaped and Cyrus was eventually arrested. Brando was now free and he and Sasha will be able to finally enjoy each other with the danger of Cyrus looming over them.

GH Spoilers – Will Sasha Gilmore And Brando Corbin Still Have The Same Spark Now That The Danger Is Over?

Now that Brando and Sasha are both out of danger, they can actually begin to see each other without a threat to their lives. But was the danger the reason they got together? Can they make it work? Will Sasha and Brando become a couple or just co-parents? Sometimes love can be fleeting in Port Charles, so stay tuned to General Hospital airs weekdays on ABC. And don’t forget to check back right here regularly for all your General Hospital news, information, and spoilers!