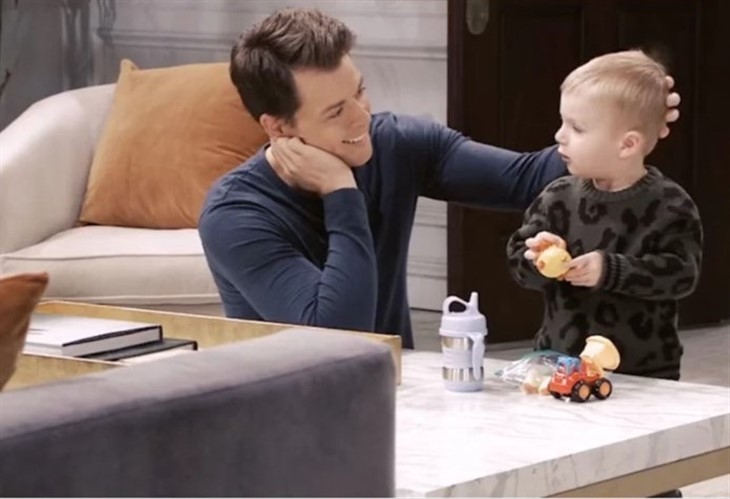 General Hospital’s Michael allowed Nina to visit with Wiley because he and Willow thought she should get to know her grandson. However, Nina took it upon herself to upset Wiley by telling him that Willow was not his mother. Of course, Nina told Wiley this while she was alone with him and claims she didn’t mean to upset the child.

Unfortunately, it was not only Wiley that became upset but Willow as well. General Hospital spoilers say Michael cannot and will not allow this to happen again. Michael has decided that now is not the right time for Nina to get to know Wiley because he has to protect Willow and his son. Is that the right choice for Wiley?

General Hospital’s Nina had no right to approach the subject of Wiley’s biological mother. Wiley is too young to understand that Nelle Benson (Chloe Lanier) was his birth mother. Willow is the only mother Wiley has ever known. No one kept Nelle from Wiley, she gave the child away to keep him away from Michael. Michael honored Nelle’s visitation until she decided to kidnap Wiley.

No one can blame Michael for suing for custody or allowing Willow to adopt Wiley. General Hospital recaps and spoilers show Willow has loved Wiley from the day she met him. Willow thought that Wiley has her child for a long time. Nina has no right to take away the mother who has loved this child for so long.

General Hospital’s Michael says that now isn’t the right time for visitation, however, will he change his mind later? Nina has proven that Michael cannot trust her alone with Wiley. Nina has also made every excuse she can to try and sway Michael’s opinion. However, GH spoilers hint Michael plans to stick to his guns, at least for now, and keep her away from Wiley. Anyone willing to go against Michael’s wishes as a parent should not be allowed to influence his son.

General Hospital’s Michael doesn’t want to disrupt his son’s life by telling him about Nelle at this time. Could Michael consider Nina’s feelings or continue to protect his son? Is Nina’s attempt to discredit Willow as Wiley’s mother a forgivable offense?