General Hospital (GH) Spoilers: Will Sasha Try To Get Michael Or Valentin To Pose As Her Baby Daddy? 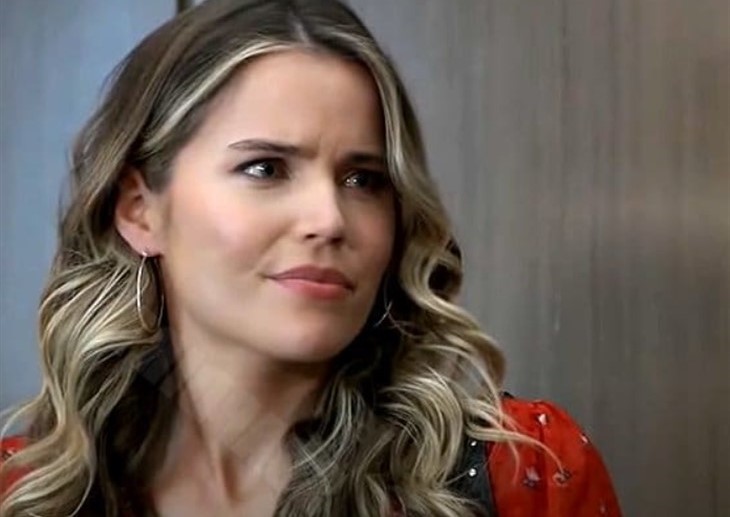 General Hospital (GH) spoilers Sasha Gilmore (Sofia Mattsson) has found out that she is pregnant. Sasha does not know what to do now that she is expecting a child. The father of Sasha’s baby is Brando Corbin (Johnny Wactor). Sasha had been going down a self-destructive path. Sasha had turned to take drugs. She started to associate with Cyrus Renault (Jeff Kober) who gave her an experimental drug. Sasha nearly died from a drug overdose but was saved by Brando. Sasha and Brando started to become friends. Sasha and Brando took their relationship to the next level. Sasha has found that she is pregnant with Brando’s child. Sasha may need to keep the fact that Brando is the father to him.

Sasha has been advised by Carly Corinthos (Laura Wright) to keep Brando from finding out that he is the father of her baby. Carly believes that it would put Brando in danger because he is working with Cyrus. Cryus could try to hurt Sasha if Brando disappoints Cyrus in some fashion. Sasha may turn to Michael Corinthos to pretend to be her baby’s father. Sasha and Michael had been in a good relationship but Michael needed to get custody of his son Wiley Quartermaine-Corinthos (Theodore and Eric Olson) from his mother Nelle Benson (Chloe Lanier). Michael was advised to marry Willow Tait (Katelyn MacMullen) in order to get custody of Wiley. Willow was in a relationship with Harrison Chase (Josh Swickard).

Sasha and Chase decided to stage an affair so that Michael and Willow would get married. Michael and Willow got married and got custody of Wiley. Michael found out the truth about the fake affair. He and Sasha tried to get back together but decided to be friends instead. Michael has supported Sasha in the past. He helped Sasha to overcome a difficult situation that she was in with Nina Reeves (Cynthia Watros). Sasha had been brought to Port Charles to pose as Nina’s long-lost daughter by Valentin Cassadine (James Patrick Stuart). Michael supported Sasha when the truth came out. Michael would want to help Sasha again. However, Michael would want to make sure that Willow would know the truth because he and Willow are together.

Sasha may believe that Michael does not need to be involved in the situation. She may turn to Valentin to help her. Valentin and Sasha became friends after the truth came out that she was not Nina’s daughter. She and Valentin work together at Deception the cosmetics company that she shares with Lucy Coe (Lynn Herring) and Maxie Jones (Kirsten Storms). Valentin would want to protect Sasha from Cyrus. Valentin knows that Cyrus is a dangerous man. He may decide that it is a good idea for him to pretend to be the father of Sasha’s baby. Valentin would not want Cyrus to hurt Sasha or her unborn child.

General Hospital Sasha needs help to protect Brando and her baby. She will need to turn to someone who has the power to keep Cyrus from harming her new family. Michael would be able to help Sasha. He has many resources that he could use to make sure that Sasha and her child were safe. However, Sasha may not want to put Michael, Willow, and Wiley in danger.

Will Sasha turn to Michael to protect her and her child if it would put him and the ones he loves in danger? Sasha knows that Valentin could keep her and her baby safe from Cyrus. Valentin can be a dangerous man when he needs to be one. Would Sasha turn to Valentin because he can be as dangerous as Cyrus? Tune into General Hospital to find out who Sasha turns to pretend to be the father of her baby.