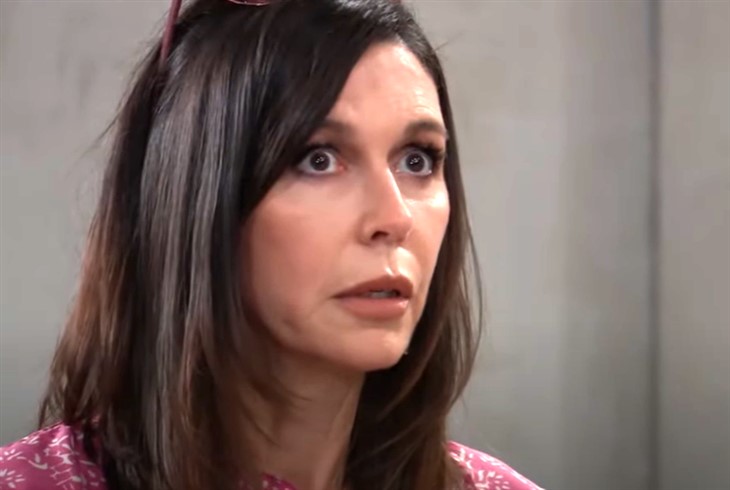 General Hospital (GH) spoilers for Wednesday, October 6, 2021, reveal Anna is seeking out Valentin and not finding him. Instead, she finds something she never expected.

General Hospital Spoilers – Why Isn’t Valentin Where Anna Left Him?

Anna Devane (Finola Hughes) thought she was putting a very drunk Valentin Cassadine (James Patrick Stuart) to bed to sleep off his bender, so she went it alone to go see Nurse Chloe and found Robert Scorpio (Tristan Rogers) there, as well. Anna and Robert learned a lot from Chloe and now she has to tell Valentin — except he is not in his room and some henchmen are.

This is Anna Devane we are talking about, so odds are that she and Robert can handle them, but maybe they shouldn’t so they can end up with Victor Cassadine (Charles Shaughnessy) just like Valentin.

As for Victor, he has a lot of news for Valentin about his old buddy Peter August (Wes Ramsey). He intends to frame Peter, but Valentin wants to make sure Anna is protected from Peter before he agrees to anything because he is chivalrous that way.

Sam McCall (Kelly Monaco) seemed to be acting strange when she told Dante Falconeri that she never loved Drew Cain (Cameron Mathison) because she thought he was Jason Morgan (Steve Burton). (Like Jason Morgan would leave the mob and start a media company. Oh, Sam, you jest.) Is she that desperate to be with Dante that she had to just erase a huge part of her life?

Well, on Wednesday, she asks Dante why he wanted them to take things slow, so clearly, she is ready to move on without Jason and without Drew.

Back in Port Charles, Charlie’s Pub is seeing some action again as Brook Lynn Quartermaine (Amanda Setton) and Harrison Chase (Josh Swickard) spend some time there. Brook laments that Austin (Roger Howarth) is trying to ruin all her hard work — meaning all that work she had to do to get ELQ away from Valentin. That pregnancy belly was hard, but at least she gets to hang out with Bailey Louise now.

As for Bailey Louise’s real mother? Maxie Jones (Kirsten Storms) spends some time talking more with Austin and comes to a realization about this friendship. Stay tuned to General Hospital weekdays to see how these stories play out.