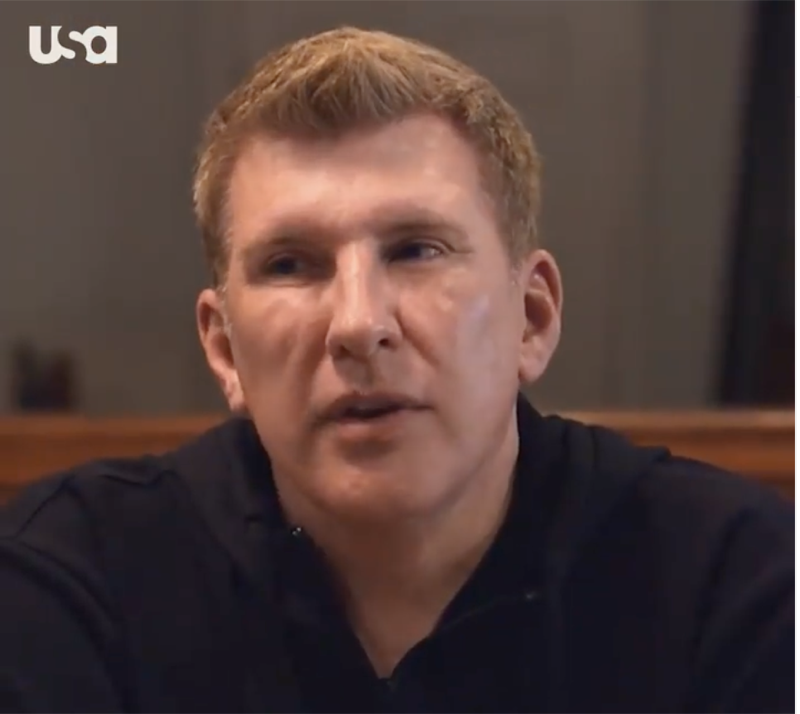 Chrisley Knows Best fans love Todd Chrisley because he jokes a lot. In fact, many of them watch the show because of the humor the family brings, especially his mom, Nanny Faye. However, it’s not a good idea to upset fans when it comes to Nanny Faye. After all, some USA Network fans find Todd’s sometimes inappropriate jokes rather upsetting.

Todd built a rep for being a funny man on the show. Loads of fans follow him on Instagram. There, devoted fans always tell him they love his sense of humor and his jokes. Actually, sometimes, those people not addicted to the show think it’s odd that people even laugh at one-liners that don’t seem to be even remotely funny. Still, each to his own. However, even though by now, most fans are used to his humor some fans take exception when he seems a bit insensitive.

The week, the USA Network’s Instagram account for Chrisley Knows Best shared that Todd joked about Nanny Faye. Fans saw in early September, that Nanny Faye celebrated her birthday. No longer a spring chicken, she turned 77 years old. Fans adore her, and many of them wish she could be their grandma. Whenever any criticism comes about Nanny Faye, fans become enraged, saying things like, “hands-off Nanny Faye.” Given her age, the joke that Todd made in the clip put off a lot of fans and some of them seemed really angry.

Ahead of Season 9 of the show, fans became concerned about Nanny Faye. She always seems indestructible, and fans are used to her gallivanting around. They love that she parties hard at the Mardi Gras in Rio. Or, they see her up to shenanigans with Chase. She has even been known to cheat at competitions. So, when Savannah revealed that her grandma broke a rib by leaning over a sofa, fans feared that old age catches up. That could very well be why so many fans felt offended and angry about Todd’s joke about his mom.

The Chrisley Knows Best clip revealed that Todd Chrisley caught his mom eating his leftovers. So, he said to her, “Mama, tell me what’s going on.” When she refused, saying that she didn’t need to tell him anything, he joked back. Todd asked, “Do you want to go to an assisted living?” And that’s where Todd angered fans and his joke fell flat for many of them. 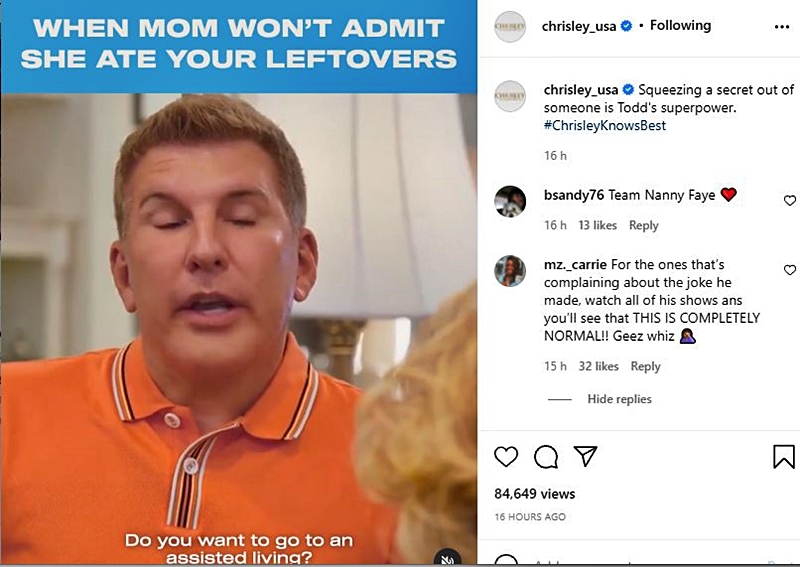 However, other fans pointed out that everyone knows Todd Chrisley adores his mom. Actually, some of them wondered if those people who got upset even watch the show. What are your thoughts? Sound off in the comments below.