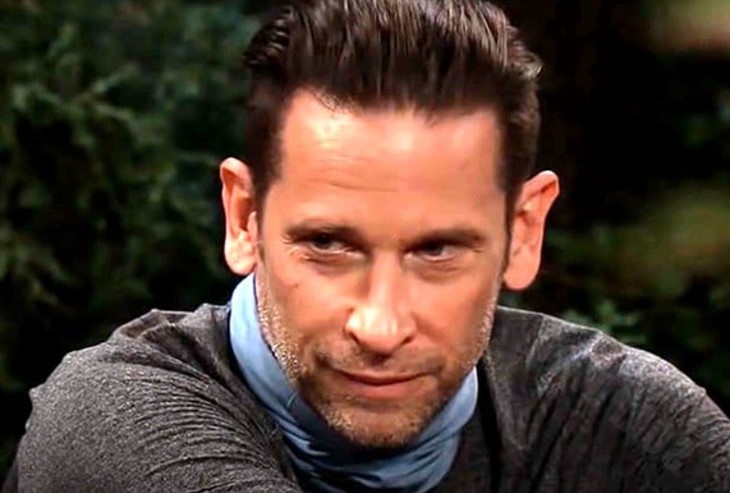 General Hospital (GH) spoilers tease that there has to be a reason why Dr. Austin (Roger Howarth) did a double-take at the sign “Michael Corinthos Center For Pediatric Head Injuries” in a recent episode of General Hospital. What might that reason be?

General Hospital Spoilers And Rumors – Is Austin A Corinthos?

General Hospital viewers could not miss the look that Austin had on his face when he passed that sign at General Hospital. He seemed to be focused on it in an odd way – but was it the name “Corinthos” that distracted him, or “center for pediatric head injuries”? Remember, Austin did say he is a doctor – but what type of doctor he has not yet been revealed. For all Maxie Jones (Kirsten Storms) knew, he could be a veterinarian, possibly one who works on farm animals.

Assisting in delivering a baby calf or a foal really isn’t a whole lot different than delivering a human baby – they are all mammals. Sometimes foals (baby horse) and baby calves have some difficulty breathing at first also and their airways need to be cleared or their chests massaged. It is the success of baby Louise August’s (Scarlett and Harper Bloom) birth that counts, however, no matter what Dr. Austin’s training is. If he is a doctor who treats humans, any doctor, including psychiatrists are trained to deliver babies and make sure the mother and child are doing well afterward.

Perhaps he is a pediatric brain surgeon – if he is, then Austin was probably struck by the “center for pediatric head injuries” part. But General Hospital viewers will have noticed that he seemed to be a little bit disturbed at the sign. Austin is said to have an interest in a prominent Port Charles family – could it be the Corinthos family?

GH Spoilers And Rumors – Or Is Austin A Quartermaine Who Knows About The Corinthos Family?

Longtime General Hospital viewers will recall that various Quartermaines have popped up over the years, mostly from the womanizing Edward Quartermaine’s (most recently John Ingles) various affairs over the years. It would be understandable if Austin was perturbed by Michael’s going with the Corinthos name should he turn out to be also a son of the late AJ Quartermaine (Sean Kanan) but it’s doubtful that he is.

Austin seems to be a little too old to have been AJ’s son. Longtime General Hospital viewers have drawn an inference from the area where Maxie gave birth, Pautauk, New York to a past Quartermaine who popped up years ago. That would be Jimmy Lee Holt, also known as Eric Quartermaine (Steve Bond). He was Edward’s son with Beatrice LeSeur (Marcella Markham).

Jimmy Lee was adopted and found his birth father as an adult. He had married a woman named Charity Gatlin (Gloria Carlin) who was from Pautauk, and they moved there for a period of time. It’s possible Austin could be his son – but possibly not. But Jimmy Lee was not known to have any children of his own-he was a stepfather to Charity’s boy and girl. In 2012, he was excluded from Edward’s will, and discussion was made that he and Charity were still together but had no children.

Could he have had a child with his first wife, Celia Quartermaine (Sherlyn Wolter), and perhaps she gave the child up for adoption? Austin may be another Quartermaine child or he could be an unknown son of Sonny Corinthos, and his interest in either family might be because he’s adopted and looking for his birth family! Austin could resent Michael’s wealth and status were he to be an adopted and previously unknown Corinthos!