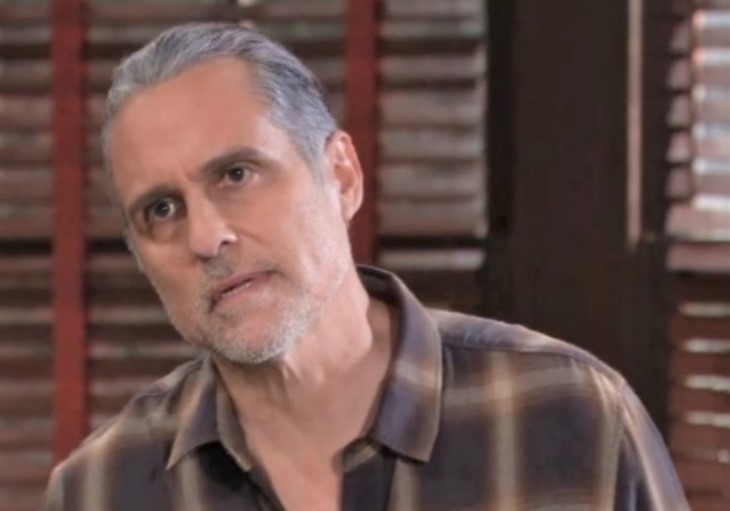 General Hospital (GH) Spoilers suggest that even more residents from Port Charles may soon end up in Nixon Falls Pennsylvania. What Port Charles resident will be the next to discover Sonny Corinthos (Maurice Benard)?

General Hospital’s Nina Reeves (Cynthia Watros) has already found Sonny in Nixon Falls. However, Sonny has no idea who he is. Sonny is going by the name Mike because that is the name on his watch. Sonny has no idea of knowing that it is his father’s watch.

Unfortunately, Nina knows exactly who Sonny is and refuses to tell him the truth. Now, Jasper Jax (Ingo Rademacher) has seen him but thinks it was a mistake. According to General Hospital spoilers, Nina continues to cover and to keep Mike and Jax apart. Phyllis Caulfield (Joyce Guy) wanted the two men who saved the fundraiser to meet, but Nina stopped that. However, other people who know Sonny could be arriving any day. Will Sonny finally be reunited with his family?

General Hospital’s Jocelyn Jacks (Eden McCoy) and Trina Robinson (Sydney Mikayla) are planning to go to Nixon Falls to pick up Jasper Jax. Sonny works at the Tan-O but his doctor is at the same clinic that Jax was treated at. Sonny has wanted to meet Jax but back out the last time he was there.

However, General Hospital rumors hint Jocelyn and Trina could decide to go to the bar looking to visit Nina before they leave town and run into Sonny. Sonny is Jocelyn’s stepfather and she loves him very much. Jocelyn could try to jog Sonny’s memory as well by telling her about his wife. Will Jocelyn bring Sonny home to her mom?

General Hospital Spoilers: Maurice Benard Embarrasses His Daughter In A 'Dad Video' In The Most Adorable Way! #GH #GeneralHospitalhttps://t.co/VuHTDFhc65

General Hospital’s Jason Morgan (Steve Burton) and Britt Westbourne (Kelly Thiebaud) are about to go on the run as well. Rumors suggest that the duo will end up in Nixon Falls as well. Could Jason find his long-time friend and mentor? Could Sonny regain his memory just in time to help take down Cyrus Renault (Jeff Kober)?

General Hospital spoilers tease Jason would love nothing more than to take Sonny home to Carly. However, since he and Britt are running for their lives he may have to call Michael Corinthos’ (Chad Duell) in to help. Unfortunately, this could end Nina’s relationship with Wiley Corinthos (Theo and Erik Olson) before it begins if Michael realizes Nina has kept quiet about Sonny’s existence.

With so many Port Charles residents traveling to Nixon Falls, it is only a matter of time before one of them sees Sonny and brings him home. Who do you think it will be?