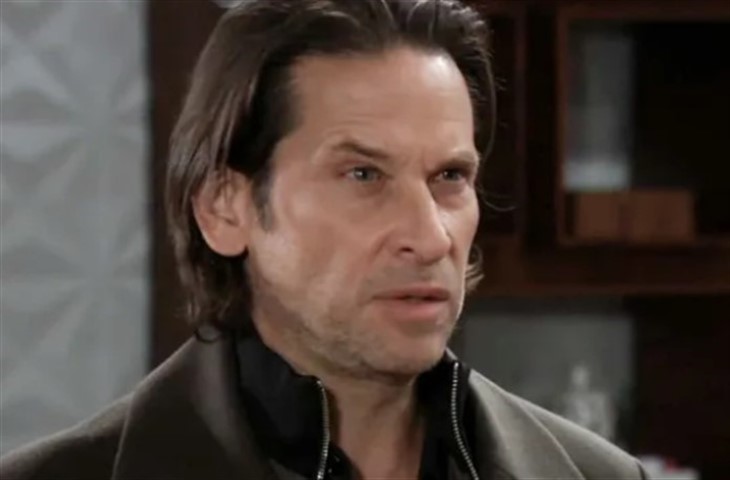 General Hospital spoilers reveal Roger Howarth back in Port Charles and lurking where Michael Corinthos is as a brand-new character Austin has fans wondering who he really is. Could he be Franco Baldwin and nobody seems to notice?

Sadly, it does seem that Franco is really, most sincerely dead, despite Franco and Elizabeth’s fans wishing that storyline decision was just a dream and Liz (Rebecca Herbst) would wake up one morning and find her husband in the shower. But Roger Howarth says Austin is not at all like Franco, according to the June 15 issue of Soap Opera Digest. He also admitted he was nervous about creating an entirely new character.

“I was straight-up terrified…excited and pleased and grateful — I love what I do and I was glad to get back to it — but there’s a certain amount of nervous energy that showed up. THAT guy showed up,” he told Soap Opera Digest, with that guy being Austin.

He also said he’s not used to playing Austin yet, as he played Franco for so long and then Todd Manning before him on both One Life to Live and General Hospital. “Even five or six weeks into [playing Austin], there are still things that I don’t know and still things I am trying to figure out. But what I do know for certain is that I like him. I hope the audience likes him because there is some great story coming and it’s exciting to me.”

Fans first saw Austin when Maxie (Kirsten Storms) did. Someone approached her in the woods ready to help her deliver her baby and while Maxie didn’t recognize him, the audience did. We are supposed to pretend he doesn’t look like Franco, however, as Port Charles residents are to have no recognition.

After Austin delivered Louise, Crazy Nurse Chloe (Kimberly J. Brown) knocked him out. When he finally recovered at the hospital, he refused to reveal his last name but seemed very interested in Michael Corinthos’s (Chad Duell) name as he stared at it on a General Hospital plaque. Was he also the person watching Willow and Michael through the window? Stay tuned to General Hospital weekdays to find out.