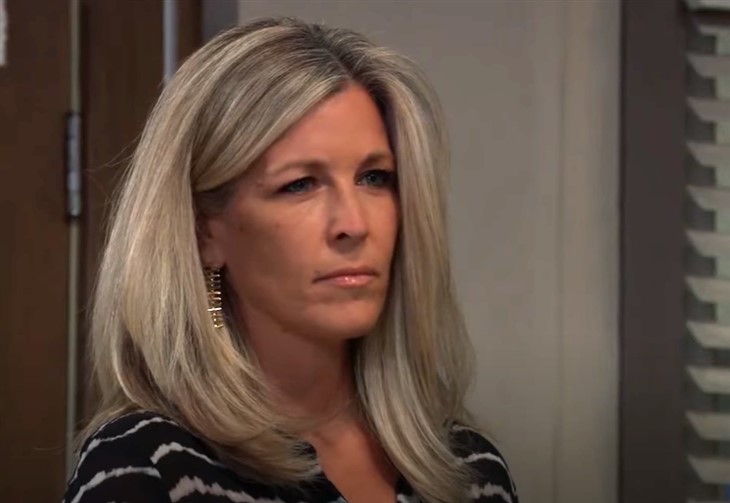 General Hospital (GH) spoilers indicate that Brando Corbin (Johnny Wactor) will wonder where he stands now that he is no longer employed by Cyrus Renault (Jeff Kober). However, Brando only took the job with Cyrus to help Sonny Corinthos (Maurice Benard). Will Carly Corinthos (Laura Wright) take care of Brando now?

General Hospital’s Brando has been loyal to Sonny the whole time he has been working for Cyrus. Brando has helped both Sonny and Jason Morgan (Steve Burton) as well as Carly. Jason has also helped to protect Brando, even if he had to shoot him to do it. Carly and Jason both know that Brando has been extremely loyal, unlike his mother. Brando helped to protect Dev Cerci (ex-Ashton Arbab) as well. Brando deserves to be protected whether anyone else is or not. Will Carly make sure that Brando has everything he needs for his future? Does Brando have a guaranteed place in the Corinthos organization?

General Hospital’s Carly is very fond of Sasha Gilmore (Sofia Mattsson). Carly was very impressed when Sasha faked an affair to make sure Michael Corinthos (Chad Duell) got custody of his son. Now that Sasha is pregnant with Brando’s baby, she is family. Carly wants Sasha to be happy and wants to protect Brando. The only way to make sure any of this happens is to help Brando to stay in Port Charles. Carly could certainly hire Brando as a driver, a guard, or various other jobs in the organization. Will Carly keep Brando and Sasha safe?

General Hospital’s Sonny thought a lot of Brando. Sonny appreciated the sacrifices Brando made for her and his family and would want to keep Brando safe and employed. Sonny would expect Carly and Jason to take care of Brando and his family. However, so may not extend that service to Gladys Corbin (Bonnie Burroughs). Sonny would have likely had cousin Gladys floating around the pine bearings by now. Will Carly extend her favors to Gladys or insist she returns home? Does Brando even want his mother In Port Charles?

Brando has certainly gone above and beyond for his family. Sonny would only want what is best for him. Jason also promised to help take care of Brando as well. Will Brando be the newest member of the Corinthos Organization? Will Sasha be ok with Brando working for Carly?