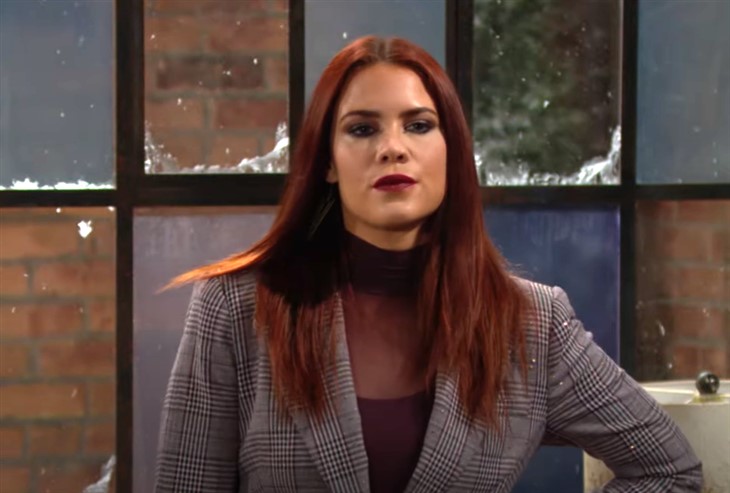 The Young and the Restless (Y&R) spoilers reveal Sally Spectra heading back to her old The Bold and the Beautiful stomping grounds, but not for good — at least for now

The Young and the Restless Spoilers: Unexplained Rivalry

We never understood why Summer (Hunter King) and Sally (Courtney Hope) became enemies, but here we are. Summer decided she didn’t like Sally from the start despite Sally giving her no reason not to like her and now Sally is taking things to a whole new level.

Despite her manipulations and blackmail, Jack (Peter Bergman) and Lauren (Tracey Bregman) encourage Sally to succeed. Lauren doesn’t understand why Sally doesn’t head back to LA and give it another shot in the fashion world out there but Sally wants to prove herself to the people in Genoa City. The problem is, Summer is her career rival so she has to find a way to get rid of her.

\Sally Heads Back To Los Angeles

That’s where Eric Forrester comes in, as John McCook appears on the soap he started on. We even saw him as Lance Prentiss last summer when all soaps were in reruns and showing classic episodes. But he’s been Eric for decades and that’s who he will be when he returns to his old stomping grounds this week.

Despite the fact that Eric and Sally were never actually close and she did steal designs from him to knock off at one time, she sees him as enough of a friend to ask a favor. You see, Eric is an investor at an Italian design firm where Summer wants a job but Summer is not about to pursue the job because she’s telling herself she wants Kyle (Michael Mealor) more. If Sally can convince Eric to make sure Summer is pursued and gets an offer, then she will leave town and break Kyle’s heart.

But, more than that, she won’t be Sally’s Genoa City competition anymore because succeeding in Wisconsin is so much more important than succeeding in Italy in this strange little soap opera world. Will Eric do it? Will he actually perform a favor for this woman who pretended she was dying the last time they saw each other? Stay tuned to The Young and the Restless weekdays to find out.