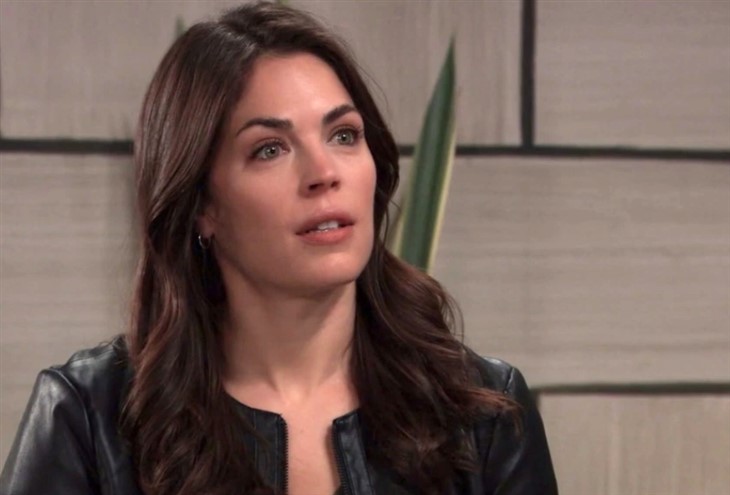 General Hospital (GH) spoilers indicate that the relationship between Britt Westbourne (Kelly Thiebaud) and Jason Morgan (Steve Burton) is far from over. Will Britt return to Port Charles pregnant with Jason’s baby?

General Hospital’s Jason and Britt were running for their lives and freedom when they chose to hook up in Canada. Jason nor Britt were planning on sleeping together when they went on the run. After all, Jason still has a hole in his side where he was shot in the hospital basement after saving her life.

According to GH recaps and spoilers, Jason encouraged Britt to check into her health issues and she found out she has the marker for Huntington’s disease. Britt simply wanted to feel alive after getting this terrible diagnosis. Jason has always been one to help as he can. However, ending up in bed with someone isn’t usually a Jason movie.

Will there be lasting results from Jason and Britt’s time together? Could Jason learn that he is about to become a father again after his one-night stand with Britt on General Hospital?

General Hospital spoilers and recaps reveal Jason is usually a very responsible lover. Even the night the Jake Webber (Hudson West) was conceived, Jason used protection. Unfortunately, that might not have been the case with Britt. Spontaneous sex is something Sonny Corinthos (Maurice Benard) usually does and Jason has to clean up the mess afterward.

However, it seems that Jason may be following in his boss’ footsteps instead of picking up the pieces. Did Jason and Britt create a new life on their Canadian excursion? Is Jason about to become a father again on General Hospital?

General Hospital Spoilers – Is Britt Westbourne Ready To Be A Mother?

General Hospital’s Britt has given birth to one child. However, Britt’s child was Dante Falconeri (Dominic Zamprogna) and Lulu Falconeri (ex-Emme Rylan) son, Rocco Falconeri (O’Neill Monahan). Is Britt ready to be a mother and put someone else before her needs? Britt has always been very selfish and self-centered. Can Britt put aside her wants and needs and put her child first? Will Britt live long enough to get to know her child now that she has found out about Huntington’s disease marker?

What will it mean for Jason and his family if Britt is pregnant with his child? After all, Jason cannot live with his son because Sam McCall (Kelly Monaco) decided it was safer to be apart. Will Jason and Britt end up married for their child’s sake? Can Sam accept Jason moving on with another woman after her rejection? Can Liesl Obrecht (Kathleen Gati) come to terms with Jason being her grandchild’s father?