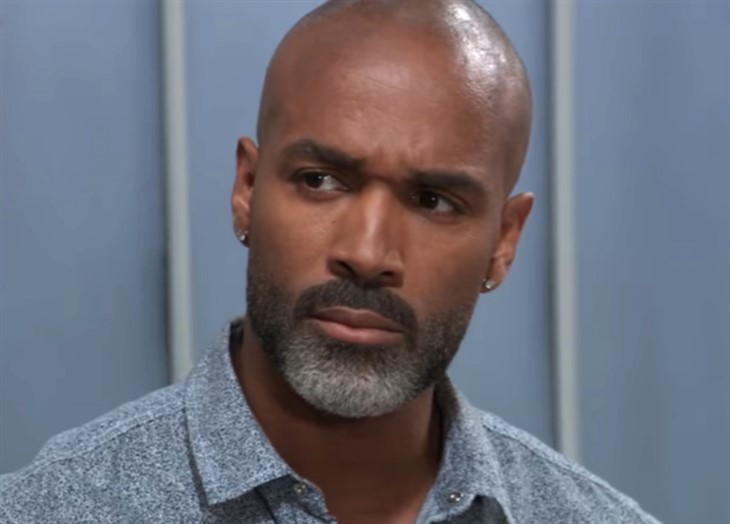 Cyrus (Jeff Kober) might now have two gunshot wounds but he will sadly be just fine. But for some reason, he decided to shoot an unarmed Curtis (Donnell Turner) point-blank in the chest and now he is fighting for his life. Portia (Brook Kerr) thinks it’s touch and goes and Trina is distraught.

Trina (Sydney Mikayla) couldn’t stand Curtis a few months ago but she is impressed by how he did everything he could to save her life and her mother’s life. She sits by Curtis’s bedside and begs him to live the same way she did for her father last year. Taggert (Real Andrews) did live, but he did fake his death for a while.

Meanwhile, Laura (Genie Francis) has now had her eyes opened to the fact that there may be no saving her brother after watching what he did. But everyone needs to just clear out and let Curtis’s family take charge when Stella shows up and demands to know what happened to her son.

Over at Monica’s house, Michael (Chad Duell) and Willow (Katelyn MacMullen) grow closer because that seems to be all they ever do and Ned (Wally Kurth) wants Valentin (James Patrick Stuart) gone. He doesn’t care that he’s the father of Brook Lynn’s (Amanda Setton) baby (or at least that’s what he thinks) — he wants him out of the mansion. He also wants him to give back ELQ immediately now that Brook has allowed him access to a baby who is really Maxie’s.

But Ned might need to kick all those feelings aside when Brook comes barreling down the stairs wondering where Bailey is. Did she lose her already? Is Peter really not dead and did he come for his baby?

We make it back to Nixon Falls on Monday when Sonny (Maurice Benard) and Nina (Cynthia Watros) both have private conversations. Sonny has a talk with Lenny about Nina and Lenny offers him some advice. And Nina has a talk with Phyllis and she asks her what’s going on with Mike.

How long can Nina let this charade go on now that she’s developing feelings for a man who has no idea who he is when she has every idea who he is. Stay tuned to General Hospital weekdays to see how these stories play out.