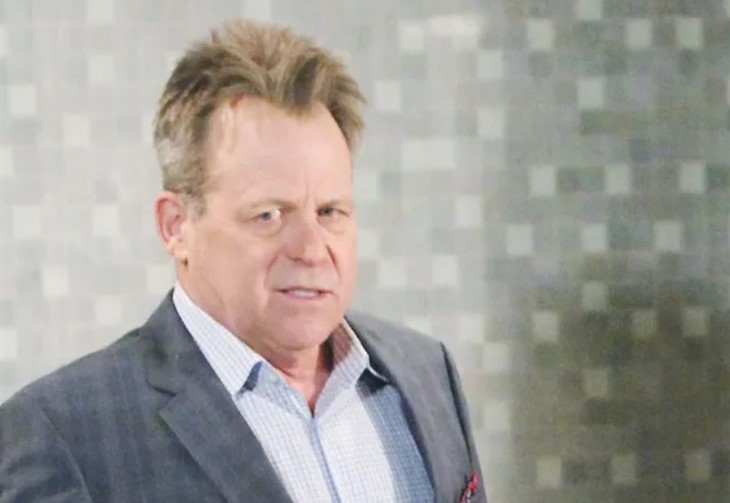 While General Hospital rewritten history tells us that if Austin is Franco’s brother, he’s more than likely his twin given away by Heather Webber (Robin Mattsson) it may not have happened that way. If it had, General Hospital viewers would think that more people would have done double-takes at Austin when he showed up to deliver Maxie Jones’ (Kirsten Storms) baby and arrived later behind Maxie in the emergency room at General Hospital. Elizabeth Baldwin (Rebecca Herbst) did seem taken aback looking at his face but quickly recovered, although there did seem to be some hint of familiarity there.

That could be because Austin might be Franco’s half-brother. Austin might bear some resemblance to Franco but maybe more like a fraternal twin than an identical twin. Port Charles doesn’t really need any more Heather babies showing up unless it’s Steven Lars Webber (most recently played by Scott Reeves) but no one will forget Scotty’s grief at losing yet another child.

The only birth child he has left alive is Serena Baldwin (Carly Schroeder), although his adopted daughter with Lucy Coe, (Lynn Herring) Christina Baldwin (Julie Hanan Carruthers) she hasn’t been seen for years. Whether Austin was to turn out to be an identical or fraternal twin of Franco, or if Austin’s mother was another one of Scotty’s many girlfriends over the years, he would undoubtedly be thrilled to welcome him with open arms!

Longtime General Hospital viewers will remember that the Baldwins are a prominent Port Charles family, at least they were back in the day. There aren’t many left except Scott but once there were Lee and Gail Baldwin, (Peter Hansen, Susan Brown) who passed away in the last few years.

General Hospital recaps show Lee was an attorney and Gail was a psychiatrist. There was also Tom Baldwin (David Walker) Lee’s brother, who was a cardiologist and was Elizabeth Baldwin’s (Rebecca Herbst) grandmother, Audrey Hardy’s (Rachel Ames) first husband. He moved away to Salt Lake City years ago.

General Hospital Spoilers: Dante To The Rescue – Can He Save Ava & Nikolas?https://t.co/KDnHKyAlzE

General Hospital rumors hint Austin is said to have an interest in a prominent Port Charles family, which led most to speculate it is the Quartermaines.

Austin’s interest may be of that of an adult adopted child looking for his birth family, and his interest could be peaked by the name “Baldwin” on Elizabeth’s General Hospital badge since she is the first person he saw when he came to briefly after he and Maxie arrived. That would be a reason for him to stay in Port Charles and conceivably start working at General Hospital since he is a doctor (at least we think that’s an MD, and not a DVM or a psychiatrist)!

But who might Austin’s mother be if she’s not Heather? There is another returned Port Charles resident who could be a relative – Jackie Templeton (Kim Delaney)! GH fans know that she had a sister, Laura Templeton (Janine Turner) who was in town long enough for Scotty and her to have a short relationship – and in the General Hospital episode of February 21, 2021, Jackie told Scotty that her sister was asking about him! Laura Templeton left town shortly after her relationship with Scotty! Could Laura Templeton and Scotty Baldwin be Austin’s parents? Time will tell!

The Young And The Restless (Y&R) Spoilers: Victoria Newman Prepares For War