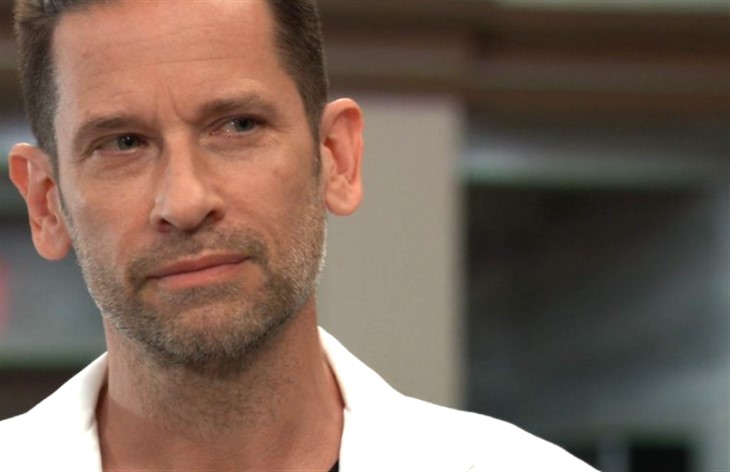 General Hospital (GH) spoilers tease that whatever Austin’s (Roger Howarth) connection is to the Quartermaine family, all will be revealed soon. While it seems as though Austin is likely the son of Jimmy Lee Holt (Steve Bond), who is the illegitimate child of Edward Quartermaine (the late John Ingle), that fact hasn’t been revealed just yet. And with the vote for the new ELQ CEO is right around the corner, both the Quartermaine family and Valentin Cassadine (James Patrick Stuart) may be vying to get his vote. Each will likely sweeten the pot as best as they can.

General Hospital Spoilers – The Quartermaine’s will likely have the upper hand!

While the Quartermaine family won’t likely be happy that there is another Quartermaine popping out of the woodwork, that won’t stop them from trying to get his vote. While it’s quite possible that Monica Quartermaine (Leslie Charleson) will offer Austin the Chief of Staff position at General Hospital, there is another demand/request that Austin may make. What if he wants to live at the mansion? Besides it already being full, Austin’s personality will likely with the mansion’s many residents. But there is one Quartermaine in particular who may be dead set against Austin moving in!

GH Spoilers – Does Brook Lynn Quartermaine need to be concerned her secret will come out?

As viewers know, after Maxie Jones (Kirsten Storms) was kidnapped, she escaped but found herself wandering alone in the woods and about to give birth. Seemingly coincidentally, Austin showed up just in time to deliver her baby. But soon after, Maxie’s captor caught up to her and knocked Austin out before once again trying to take Maxie’s baby. Maxie tricked her into falling into a well, killing her and then she summoned Brook Lynn to take the baby so the baby’s father, Peter August (Wes Ramsey) wouldn’t get ahold of the infant and take her away. Supposedly Austin was unconscious the whole time, but could he have actually seen Maxie give Brook Lynn her baby? And if so, will he remember that it was Brook Lynn he saw? Could he hold it over Brook Lynn’s head once he moves in?

Is Austin really the son of Jimmy Lee Holt? Will he end up moving into the Quartermaine mansion, much to Brook Lynn’s chagrin? Does he know Brook Lynn and Maxie’s secret? Double dealing with the Quartermaine family are common in Port Charles, so stay tuned to General Hospital airing weekdays on ABC. And don’t forget to check back right here regularly for all your General Hospital news, information and spoilers!