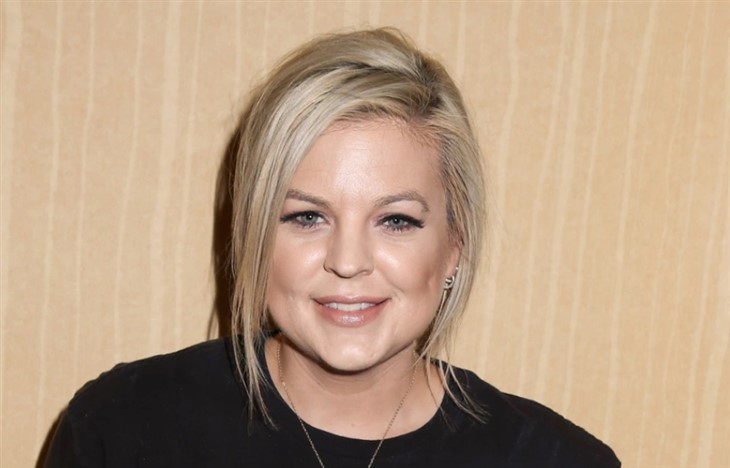 General Hospital (GH) spoilers reveal the stunning news that Kirsten Storms who plays Maxie Jones just posted an incredible video to her Insta Stories in which she details her brain surgery. Yes, you read that tight, she had brain surgery less than 48 hours ago and less than one hour ago she posted a video showing her on the way home.

Oh by the way she has the best friend ever in Emme Rylan (Lulu Spencer) who is in the car with her taking her home.

Let’s get right to the details of this amazing and shocking story about one of GH’s most beloved stars.

First of all the video begins with the two women in a car, both are casually dressed and obviously one of them just had brain surgery! That would be Kirsten who has on a giant neck brace and is still out of it a bit considering the ordeal she has been through.

As she says, “I’ve had brain surgery hence the neck brace.” She went on to detail how the procedure was on the lower portion of her brain and now Emme is taking her home where she will be cared for by an in-home nurse.
Emme is in shades and a top knot with what appears to be her hospital badge still on—this is real folks! 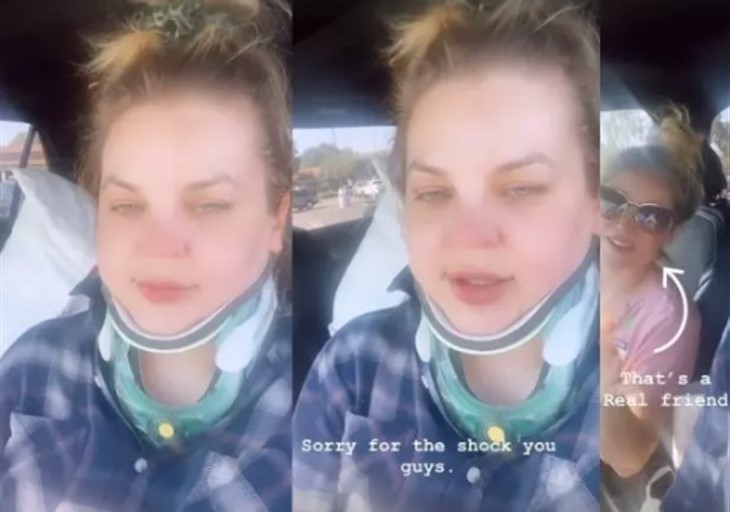 Kirsten is in a plaid blue shirt with her hair up, and, sans makeup, she is still drop-dead beautiful. Overall she seems groggy but amazingly coherent given the circumstances.

Kirsten tried to explain her circumstances and it was obvious she was straining to do so so bestie Emme broke in at one point to lighten the mood, asking, “Does she still like knitting was the first thing I asked!” Kirsten responded yes and Emme verified it.

Apparently, Kirsten was wondering if she would wake up speaking a foreign language which the answer is no but as she noted, the brace makes her face pretty colors.

Kirsten added, “It’s not cancer I want to clarify that,” she doesn’t need to break the internet with her surgical procedure! “I had a very large cyst that had split into two … the doctor opened up the skull …,” and you can fill in the blanks.

On a brighter note, she said she will be on the mend for several weeks.

After the two besties began to slow down, Storms blurted out, “I feel like shit,” and Emme moved to stop the impromptu update and get her friend home.

Before the video ends Kirsten clarified that she is returning home after the procedure was performed a couple of days ago and they both laughed, “we’re not coming straight home after brain surgery.”

It was obvious that there was a lot of emotion and some tension in this mercy ride home as evidenced by Storms saying she shot a bunch of pre-surgery films but forgot to post it.

Overall Storms looks fantastic. We wish her all the best, a speedy recovery and to heal the best she can.