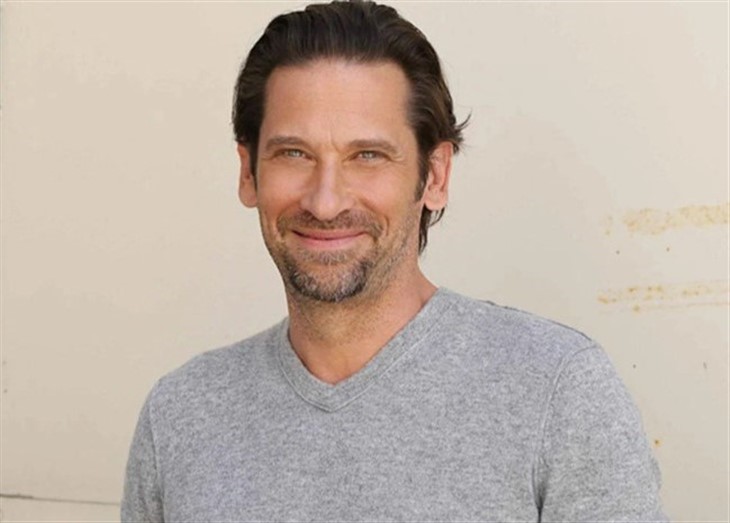 General Hospital (GH) comings and goings reveal the return of Roger Howarth to Port Charles. The May 18, 2021, issue of Soap Opera Digest reports the actor is back on the set filming scenes.

The question still remains — who will Howarth be when he makes his way back to the PC scene. We saw Franco’s dead body and it’s been made clear that the character is dead and buried. Of course, this is a soap so anything can happen. Perhaps Elizabeth (Rebecca Herbst) doesn’t seem distraught that her husband is dead because he is really not.

That would be great news for Friz fans who couldn’t believe it when Howarth was killed off back in March. The couple was still quite popular so it made absolutely no sense to kill off Franco.

The show also put rumors to rest that Howarth would return as his former One Life to Live character, Todd Manning. The actor played Todd on GH after OLTL went off the air. However, when Prospect Park Studios claim rights to All My Children and OLTL characters, Todd left town and Howarth returned as a recast Franco, complete with a brain tumor and all.

ABC now owns the rights to all their soap characters again so Todd can always make a comeback at some point. It just probably won’t be now.

Might Howarth be coming back as someone brand new who we never heard of? It’s quite possible. Michael Easton has had several Port Charles incarnations. He was at first Caleb on the GH spin-off Port Charles. Then, he brought his OLTL character, John McBain to GH. When Todd left, so did John, for the same behind-the-scenes reasons.

He then returned as Silas Clay, a short-lived character who was killed by Nina’s (then Michelle Stafford; now Cynthia Watros) mother, Madeline Reeves (Donna Mills). Now, Easton plays Hamilton Finn, who Elizabeth has been getting close to of late.

Howarth can always do the same and play someone completely new who would be a love interest for Liz. Of course, we then have to wonder why GH would kill off Franco, to begin with. Stay tuned to General Hospital weekdays to see who Howarth emerges as.