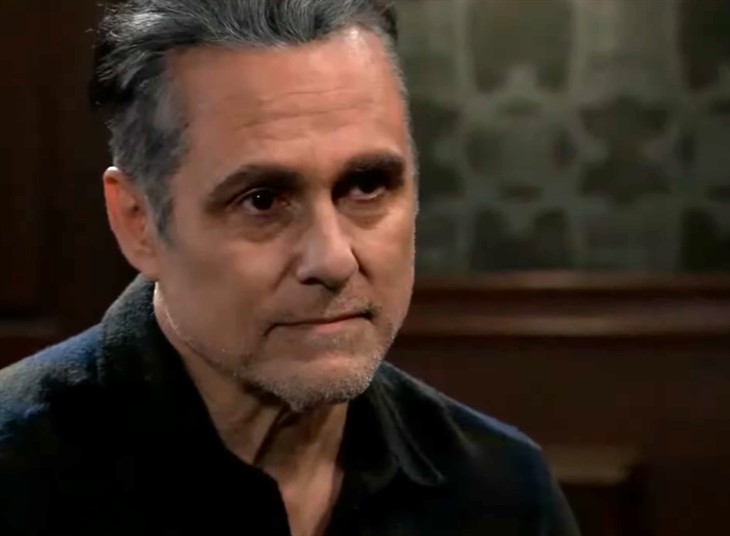 General Hospital (GH) spoilers tease that Sonny Corinthos (Maurice Benard) will make an amateur mistake in an upcoming episode of General Hospital. The question is, will E-lie-jah Crowe (Dan White) take advantage of it?

General Hospital viewers will recall from a recent episode of General Hospital that Sonny, known only as “Mike” in Nixon Falls, witnessed a dirty deal between Elijah Crowe and another individual (uncredited actor). It would appear that Elijah is still involved with some criminals, as he gave someone some money outside the Tan-O and now the guy, who he apparently bailed out, is shaking him down for some more! Elijah warned him he didn’t like shakedowns but then the other guy grabbed him by the shoulder and asked him who had more to lose, him or Elijah!

Sonny watched with interest from the back door of the Tan-O and heard it all! It may be hard to believe that Sonny could ever make an amateur mistake, but General Hospital fans need to remember that Sonny doesn’t remember a lot about himself. He assumed his name is Mike from the watch he was wearing, which was inherited from his late father, Mike Corbin (Max Gail). Sonny retains a lot of his instincts and skills, but may not always know exactly the right way to act on his instincts. Sonny was spot on when the robbers attacked the Nixon Falls firehouse dance, and he took down one of the gunmen. It is becoming more and more apparent as well that Sonny’s fine-tuned skills for judging character are on target as well!

General Hospital viewers will recall that Sonny aka “Mike” doesn’t have any love lost on Elijah Crowe, who he calls “E-lie-jah” putting the stress on the “lie” part! However, given that he overheard Crowe getting shaken down by the guy he bailed out, he knows that Elijah has this guy making trouble and both of them have a shady past. Sonny knows part of Elijah’s shady past and has already confronted him over it. Sonny’s instincts will tell him that this guy wouldn’t be shaking down Elijah for more money if he didn’t have something on him, and maybe Sonny will approach the situation by giving Elijah some unsolicited advice.

General Hospital viewers will recall that Elijah doesn’t like or trust Sonny either but sometimes the best way to handle an enemy is to make the enemy think you’re his friend! This goes along with the old saying to keep your friends close but your enemies closer! This might be what Sonny has in mind and tries with Elijah, but he might dig just a little too deep for what Elijah’s blackmailer has on Elijah, and Elijah may pick up on that! This would certainly be an amateur mistake on Sonny’s part, perhaps underestimating Elijah’s instincts to spot a scam, which would essentially be what Sonny would be doing to get information out of him! Sonny might get himself into more trouble than he bargained for over this amateur mistake if he’s not careful!

Days Of Our Lives (DOOL) Spoilers: Claire Figures Jan Spears Has Been Awake For Weeks And Killed Charlie Tate!