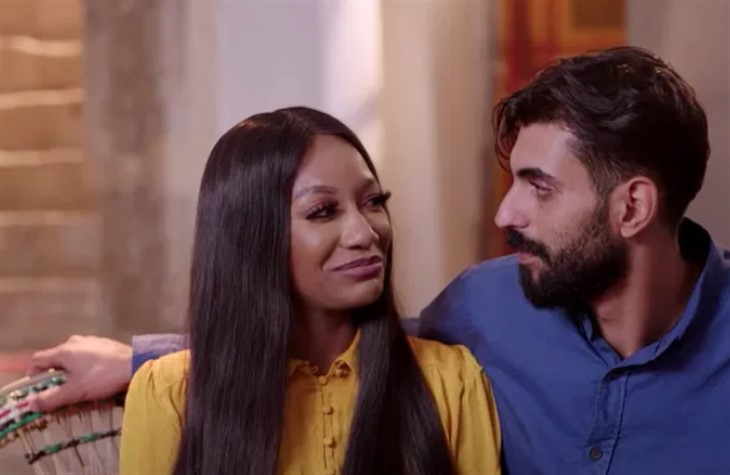 The relationship between 90 Day Fiancé: The Other Way stars Brittany Banks and Yazan Abo Horira seemed doomed from the start. Fans will remember her arrival at Amman Airport in Jordan, where she hugged the TLC crew and revealed a bottle of alcohol in her hand luggage. Both are definite no-nos in Jordan, and that was only the beginning! Eventually, the couple split, and Yazan appeared to have another lady in his life by the name of Lulu. Now, out of the blue, Brittany has posted what she calls her and Yazan’s first vlog together.

Brittany posted the video to YouTube in April, but the news didn’t seem to hit the headlines until now. The last 90 Day Fiancé fans heard was Brittany and Yazan’s translator, Adam, saying that Yazan only wanted Brittany for her body. While their relationship was toxic, it seems possible that this is still the case.

It’s been at least a year since they split, but this video shows them clearly together in a kitchen. Brittany is attempting to cook up a storm, as Yazan looks on. The video is titled, “My recent visit to Jordan went like this! Omg!” In the description, Banks teased: “Brittany & Yazan’s secret life together.” She wrote that they have created their first vlog together and tells fans to see what their chemistry is like off the show. She concluded, writing, “Do we kiss? And more!”

The video seems a little off, somehow, with echoey sound, making it sound like it was recorded from a TV show. In fact, it seems like a low-budget cooking show, where Brittany is the chef and Yazan sits and smokes.

Later in the clip, Yazan and Brittany go apartment hunting, apparently in Jordan. They are seeking a place for Brittany’s dog, Max, as well as a second dog. This makes it look like the pair is making serious plans together.
In the background, besides the bad sound mentioned earlier, some ominous music has been mixed in. And, as for the question as to whether Brittany and Yazan kiss, they do indeed. Even outdoors, they seem to want to kiss all the time, which is not acceptable in the strict Muslim country.

The fact that Adam the translator says Yazan is obsessed with Brittany’s body is certainly clear in the video. It seems he has trouble keeping his hands off of her. In fact, while seated on the couch, he seems to openly grope her breast and he smacks her in the butt.

The video drew many comments, with one person asking if they are married. They expressed concern over Yazan’s safety should his family see the video. Others were more supportive, with one asking if this was real, writing, “OMG I can’t believe it but I’m happy for you two.”

Many viewers couldn’t believe this was a recent video and hinted that it was old news. Maybe Brittany needs to boost her channel and decided to have some fun with her followers? What do readers think? Are Brittany and Yazan truly together? Watch the video below and drop us a comment.

While fans can’t see Brittany on the show any longer, they can watch 90 Day Fiancé: Happily Ever After? on TLC, Sundays at 8 pm ET.