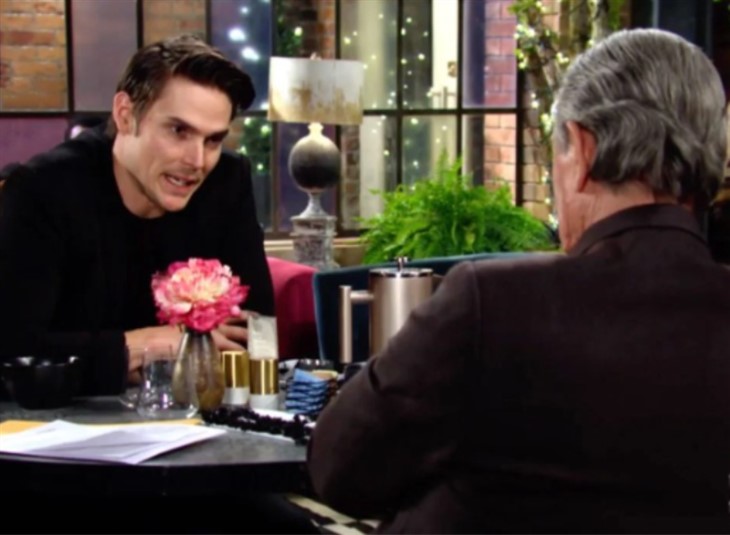 The Young and the Restless (Y&R) spoilers reveal yet another standalone episode in the line of many this show has presented over the last few years. This time, instead of Billy getting the spotlight, it’s Adam — and Victor.

While this episode is billed as Adam (Mark Grossman) and Victor (Eric Braeden), it does seem to be more about Adam. After returning to Genoa City and ready to save Faith’s (Reylnn Caster) life by donating a kidney, Adam has a surreal dream in which he is playing a bizarre game of chess with Victor.

Of course, in Adam’s life, everything comes down to his relationship with Victor, a man who has always been in his life, but who he didn’t know what his father until he was a young adult. Adam has also done some rotten things in his life and may realize he just can’t blame Victor for every mistake he’s made.

Adam’s relationship with Nick (Joshua Morrow) also comes into play in this dream. They seemed to come to some kind of understanding in Kansas. Can it last and can they actually become friends rather than mortal enemies?

The Young and the Restless spoilers also reveal that the chess pieces on the board represent members of Genoa City society. Rey (Jordi Vilasuso) is there as the knight, but fans will wonder if he really is a knight with the way he’s been treating Sharon (Sharon Case).

The question becomes — who is the Queen? Is it Sharon or Chelsea (Melissa Claire Egan)? Adam has been back and forth between both women so many times that it’s hard to tell, but all might be revealed in this weird dream.

The Young And The Restless Spoilers – Can Adam Newman Really Change?